Every 10 years, the United States Census Bureau works to conduct an accurate count of the nation’s population, as provided for under the U.S. Constitution. This decennial count – which is currently underway – is one of our nation’s most inclusive civic activities, including every person living in the country, regardless of age, race, ethnicity, religion or citizenship.
An accurate count is essential to our democracy and our community’s growth because the data helps determine how much federal funding and political representation each state and community receives. Census results are used to determine political seats and draw district lines for all levels of government and to allocate hundreds of billions of dollars in federal spending nationwide for critical community resources like parks, infrastructure, health care, and support programs in education, housing grants and nutrition.
Black Americans have been systematically undercounted from the very first census, disadvantaging Black communities and neighborhoods, and silencing our voices. An inaccurate census count can negatively impact community programming for schools, housing, health care services, business investment and much more.
The first census count in 1790 deliberately listed only the names of the heads of free Black households, while all other free persons were listed by age. By the 1860 census, at the start of the Civil War, the Black population increased to 4.4 million, about 14 percent of the overall population of the country. Yet, the explicit undercount of the Black population continued until the first post-Civil War census in 1870, following granting citizenship and equal civil and legal rights to African Americans and slaves under the Fourteenth Amendment.
Over the following century, explicit discrimination was outlawed – but systemic discrimination persisted. Even today, the Census continues to disproportionately and systematically undercount the Black population. Black men have been undercounted in greater numbers than men of any other racial or ethnic group. In 2010, Black children were undercounted at twice the rate as a young non-Black child, affecting the funding for programs designed to serve children and families, like Supplemental Nutrition Assistance Programs and the National School Lunch Program. Even as the 2010 census overcounted the population as a whole, it undercounted the Black population by more than 800,000 people.
Certainly, there are social and economic problems that make the Black community hard-to-count, including increased rates of housing instability, industrialized incarceration, homelessness, and even lack of internet access. And a deep distrust of government and concerns about privacy only make things worse.
This means many in the Black community are “missing” in their own communities, hiding in plain sight – even to this day.
These are unprecedented times. So, we must come together to ensure that Black communities are seen, heard and counted.
That starts by ensuring people know what to do to participate: You can go to my2020census.gov right now to fill out the form. It’s a simple, confidential nine-question survey that asks for basic information like your name, address, sex, race, and age. For those who prefer to fill out the form over the phone, you can dial 844-330-2020 to participate.
And don’t forget, your responses to the Census are protected by law and cannot be shared with, or used by, any other government agencies. Answers cannot be used for law enforcement purposes or to determine eligibility for government benefits or immigration enforcement.
Black Californians deserve a fair and accurate census count in 2020. Our democracy relies on accurate data to make sound decisions that reflect our country’s needs. An accurate representation of our communities in the census will allow Black Americans to have a greater influence over resources and representation and the ability to hold lawmakers accountable. The Black community has an opportunity to change the history of the census in 2020 and participate in record numbers – let’s seize this moment. 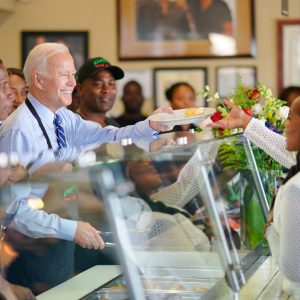