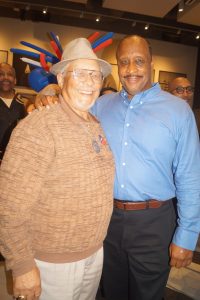 INGLEWOOD—The City of Inglewood is in mourning because of the loss of a champion, Mr. Willie Agee, a 55 year proud Inglewood resident who loved his city and he would fight tooth and nail if he found anyone talking contrary about Inglewood, passed away on April 27 at the VA Hospital in Long Beach while undergoing treatment and contracted the coronavirus. 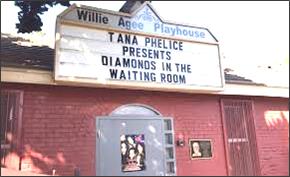 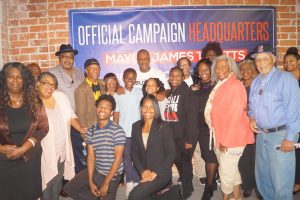 The news was announced by Mayor of Inglewood, James T. Butts Jr.  He said Mr. Agee served on several City Boards and Commissions; most recently as Chairman of the Parks and Recreation Commissioner.

I can recall while taking a ride with Mr. Agee to put out Mayor James T. Butts’ campaign signs in the yards of Inglewood residents how he gave me the run down on just about every neighborhood we came to.  He spoke with so much enthusiasm and pride about the city he called home for 55 years.

He kept up with the latest political news and he was a proud card-carry Republican but he would work with any party, Republican or Democrat, if they were working for his city, Inglewood.

Mr. Agee was a friend to Congresswoman Maxine Waters and he talked about her and how she is a fighter.  He said he admired that about her.

Not only was he a friend of Waters, but Mr. Agee was also the cousin to the City of Inglewood Treasurer Wanda Brown, an elected position she has held for more than 30 years.

Mr. Agee’s last conversation with me was about bringing events to his namesake, The Willie Agee Playhouse, located  in Edward Vincent Park.

I could see the smile on his face even though we were talking on the phone and not in person. His face lit up because he was proud of the impact he was making in Inglewood for residents to remember his legacy and his name which is now cemented for centuries not only at The Willie Agee Playhouse but also in the hearts of all whose lives he touched as “The Real Champion of Inglewood”.