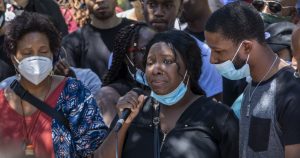 Los Angeles, CA – The family of a 24-year Black man found hanging from a tree in Palmdale on Jun. 10 has announced they will seek an independent investigation and autopsy to determine the cause of death.

“On Wed., Jun. 10, shortly after 3:30am, a witness found Mr. Fuller hanging from a tree,” said attorney Hicks. “The Sheriff’s Department immediately declared his death a suicide without completing a full and thorough investigation.  The lack of investigation and dismissal of this as a potential murder or hate crime has enraged Mr. Fuller’s family and the entire Antelope Valley community.”

Hicks says that the family is asking for the independent autopsy to be paid for by the City of Palmdale.

“We want complete transparency.  To that end, the family should choose the pathologist to conduct the independent autopsy.”