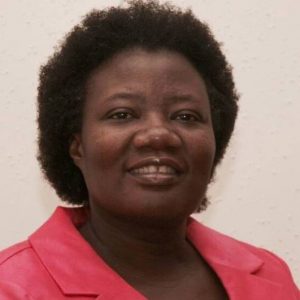 By Caroline Warnock
From the Heavy.com

Dr. Stella Immanuel is the Houston doctor who is advocating the use of hydroxychloroquine as a cure for coronavirus. Immanuel, 55, went viral after championing the use of the drug in front of the U.S. Supreme Court on July 27 as part of the America’s Frontline Doctors Summit.

On her Facebook page, Immanuel refers to herself as a “Physician, Author, Speaker, Entrepreneur, Deliverance Minister, God’s battle axe and weapon of war.” On that page, Immanuel says that she was born in Bali, Cameroon.

Immanuel studied medicine in Nigeria between 1984 and 1990. In November 1998, Immanuel began working as a pediatrician in Alexandria, Louisiana, and she’s been a physician at the Rehoboth Medical Center since October 2019. Immanuel is the founder of Fire Power Ministries, which was founded in 2002. Immanuel lists herself as being based in Houston, Texas. In her Family and Relationships section, Immanuel says that she is single and lists three daughters as her children.

Here’s what you need to know about Dr. Stella Immanuel:

Immanuel studied medicine at the University of Calabar in Calabar in southeastern Nigeria. Immanuel attended the school between 1984 and 1990. According to listings on the U.S. News & World Report website of Immanuel’s background that were available on the morning of July 28, she completed her residency in pediatrics at the Bronx-Lebanon Hospital Center. The listings appeared to have been removed from the site by late morning on July 28. A Nigerian news article indicated that Immanuel interned under Dr. Babatunde Dosu, a Dallas-based Nigerian pediatrician. It also stated that she holds medical licenses in Texas, Louisiana and Kentucky.

Since October 2019, Immanuel has been a physician at the Rehoboth Medical Center in Houston. In November 1998, Immanuel began working as a pediatrician at Southern Pediatric Clinic in Alexandria, Louisiana. She is sometimes listed as a physician with the last name Immanuel (Gwandiku-Ambe).

In videos of her speech at the July 27 summit in Washington, D.C., Immanuel introduced herself: “I’m Dr Stella Immanuel. I’m a primary care physician in Houston, Texas. I went to medical school in West Africa, Nigeria, where I took care of malaria patients, treated them with hydroxychloroquine and stuff like that. So I’m used to these medications.”

A lengthy bio on Immanuel’s Details section on Facebook calls the doctor a “prophet of God to the nations.” One sentence in the profile reads, “Her attitude toward demonic forces has been described as cut-throat, a warrior to the core.” Immanuel is also a “wealth transfer coach.” Immanuel believes “you can be saved anointed, fire brand and wealthy too.” The Fire Power Ministry website indicates that Immanuel is a “true daughter of Dr D.K. Olukoya of Mountain of Fire and Miracles ministries.”

The Facebook bio continues, “Dr. Stella, has established a Christian resource center which supplies books, videos, CDs & other teaching materials to residents in her birthplace of Bali, Cameroon.” Immanuel is also credited with “crusades,” health fairs, raising money for orphanages, providing funding for small businesses and being the host of a radio and television show, Fire Power. The bio opens with, “I shoot first and ask questions later” and ends with Immanuel’s favorite quotation, “Lord teach my hands to war and my fingers to fight.”

As the Daily Beast pointed out, some of Immanuel’s sermons posted to her website have strange medical claims, including one in which she claims that certain medical issues like endometriosis, cysts, infertility and impotence are the result of sex with “spirit husbands” and “spirit wives,” which Immanuel described as having sex in dreams with witches and demons.

Immanuel has also written several books about faith in a series called “The Occupying Force Series,” which includes titles such as Keys to Effective Spiritual Warfare and I Trust God As My Commander in Chief.

On July 27, Immanuel’s remarks on the use of hydroxychloroquine went viral and clips of her speaking were shared and retweeted by President Donald Trump as well as Donald Trump Jr. However, Immanuel has been a vocal supporter of hydroxychloroquine as a treatment for COVID-19 patients for months now, posting about it frequently on her social media pages. On May 21, she wrote, “I treat patients with covid19 and Hydroxychloroquine with zinc works. They get better in 24 hours. I have not lost a patient yet. My family and I take it for prevention. Many doctors and nurses take it.”

Immanuel has posted her support for Trump. In the wake of Trump’s acquittal during the 2020 impeachment trial, Immanuel posted a photo of Trump with the caption, “Acquitted.” Trump has been advocating the use of hydroxychloroquine as a treatment for coronavirus since April 2020. In May 2020, the president said he had been taking the drug.

In April, Immanuel wrote a piece in Physician Outlook in which she promoted the use of hydroxychloroquine and questioned why its use had been discouraged. She wrote, “For political reasons, licensed physicians will take to the media to scare the public from taking something that could potentially help them.”

Immanuel has listed a “Deliverance Prayer against Homosexuality and Sexual Perversion” on her website. She also posted through her Fire Power Ministries Facebook page in December 2016 about her belief that “practicing and celebrating [homosexuality] will take you to hell.”

On February 13, Immanuel reposted a post from Dr. Luana Stines on Facebook. The photo showed former Democratic presidential candidate Pete Buttigieg embracing his husband, Chasten. The post begins with the words, “Has the MORAL COMPASS of America tipped its scale so far into the pit of hell that homosexuality has become the norm?” Another section of the post reads, “If we don’t STAND AGAINST SUCH VILE WICKEDNESS, sodomy will overtake the next generation!”

Immanuel’s daughter, Mima Fondong, is a graduate of Baylor University and the University of Westminster in London. According to her LinkedIn page, Fondong is based in Houston, Texas. A Rotary Club newsletter from Shreveport, Louisiana, says that Fondong received a $26,000 scholarship to study in London, where she studied global health and nutrition with a focus on disease prevention and treatment.

In an interview with Baylor University, Fondong said she grew up surrounded by people with careers in health care and wanted to be a doctor from a young age. She said, “What sealed the deal for my attending Baylor was when I visited the University toward the end of my senior year in high school. After arriving on campus and being greeted with an endless supply of smiles, hospitality and most importantly, the apparent love of Jesus Christ, immediately I knew Baylor was where I belong. I could not picture myself at any other university.”

During her time at Baylor, Fondong was a contestant in the school’s Miss Green and Gold pageant. She was also the president of the African Student Association, the Baylor Lariat reported. At an event, she shared that it was difficult growing up in America because her parents did not understand the difficulty of growing up in a different country and a small town without many people from other countries or cultures around them.

Immanuel is also the mother of Bernette, who began attending the University of Houston in 2017. Bernette and Mima have both recently posted about the “nightmare” that was their experiences growing up as Black girls in Alexandria, Louisiana. One wrote, “I didn’t realize I was a victim of deep social & systemic abuse.”