CalMatters, enough is enough! I am disturbed by your dishonest attempt to dress down one of our staunch Black leaders here in California. Ms. Alice Huffman is an elder who has worked tirelessly to keep the Black community educated and informed about critical issues that, without her, many of us would not even know how important or how they can make our lives better or worse. Not too many people care about our right to know when it comes to state policy.

As with many of these issues and ballot initiatives, if it wasn’t for Ms. Huffman, we would be left in the complete dark without any sense of what is going on. So, when I recently read a hit piece on Ms. Huffman prominently placed on CalMatters’ website, I was taken aback at the seemingly willful intent to destroy her in what I assume is an effort to appear knowledgeable about the Black community, for which Ms. Huffman has been an advocate for more than half a century.

For half a century, Ms. Huffman has been on the frontlines fighting for the rights of Black people as the head of the California state NAACP, which is a chapter of one of the oldest civil rights organizations in this country, founded in 1909, responding to the ongoing violence against African Americans, including lynching. Now, she is being associated with malfeasance in an article that all but overtly accuses her of corruption because she is doing what Whites in America have done legally for well over a century. 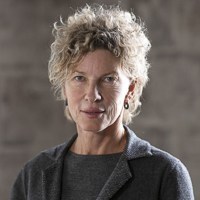 Simone Coxe, Board Chair and Co-Founder

If you’re going to do a balanced, thoughtful and investigative article on accountability and the influence of money in politics here in California and beyond, it is only fair to give the necessary background and context. Don’t scapegoat Ms. Huffman for clicks by slapping a Black face on our national campaign finance problem. It’s distasteful and disrespectful.

When I also read that she [Ms. Huffman] was especially sought after this year, as political campaigns respond to the national reckoning over race and frame many of their messages with themes of justice and equity, I was compelled to have my say in the matter as a Black media-owner who has known Ms. Huffman for many years. I am one who has watched her work to distribute funds for the Get Out the Vote campaigns, to support local media-owners with paid ads, as well as to foot the cost for needed expenses to educate the Black community on critical issues that will more than likely cause more harm if she was not standing in the gap.

For too long, it appears that White consultants, without explanation, fill their coffers year in and year out with political dollars without a peep from the likes of CalMatters or any other mainstream media outlet for that matter. But here we have a Black woman who is consistent in her agenda to fight for the causes, and for the inclusion, of Black people without seeking the approval of the dominant White political class, and it becomes a problem.

My goodness. I am reminded of a message I found in one of my favorite books, “Blueprint for Black Power: A Moral, Political and Economic Imperative for the Twenty-First Century” authored by the late Dr. Amos N. Wilson, where he documented that for 300 years, from 1675 to 1941, the American colonies, the States and the Federal Government allotted untold billions of dollars of public wealth exclusively to members of the White race. Wilson wrote, “that in 1941 government contracting becomes a major factor in the sales, revenues, and profits of private enterprises. Race discrimination in government contract awards becomes the official policy of the United States government. During the years from 1941 to 1980, approximately $3 trillion in contract awards were made almost exclusively to White-owned firms.”

This is not fiction. It is our history.

CalMatters, Ms. Huffman is not the issue. Nor is she the problem when it comes to receiving a measly million of dollars in funds from various political campaigns in response to the national reckoning over race. The majority of that money is only being funneled through her to other advocates and community-based groups. Maybe I haven’t agreed with Ms. Huffman on every issue, but her record is clear on framing policy with themes of justice and equity and how it makes sense to Black people.

The real issue here, I believe, is CalMatters. As California Black Media (CBM) Executive Director Regina Wilson said about CalMatters, “This organization is currently in the process of exploiting the national reckoning about race that is happening in the country to raise money on behalf of the Black Press and other ethnic media. The funds they intend to raise will do more for building their own infrastructure, audience, and capabilities than it would for any of our Black-owned or ethnic media-owned publications.”

The crucial question is “Who is exploiting who? Is it Alice Huffman, an elderly Black woman, who for more than half a century and one who has been truly advocating on behalf of Black people or is it CalMatters, who did not get involved in fundraising and advocacy for the Black press and other ethnic media until 2020, amazingly a time the entire nation is dealing with racial upheaval due to racial inequities, motivating systems of status quo to consider does Black lives really matter.

Who is jumping on the “Johnny-come-lately” Black Lives Matters’ bandwagon, adding their tire tracks to a 300-year-plus legacy of the American colonies, the states and the federal government allotting untold billions of dollars of public wealth exclusively to members of the White race?

CalMatters, I say, “Enough is enough. Your article on Ms. Huffman and your actions prove that you are not a part of the solution. So, I have no choice but to call you out as part of the problem.