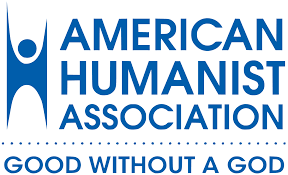 Washington, DC –Today, The American Humanist Association (AHA) sent a letter to council members in the City of Aberdeen, Maryland for opening its meetings with council member-led sectarian prayer. The letter details: “Specifically, since at least March of 2020, the Aberdeen City Council has been operating an unconstitutional legislative prayer practice in which the “prayer” is delivered by a city council member (typically Councilwoman Landbeck or Mayor McGrady). The prayers are Christian and often overtly sectarian in nature, ending in “In Jesus’ name”’.

“This practice flagrantly violates binding precedent,” wrote AHA Legal Director and Senior Counsel Monica Miller in the letter. Miller’s letter further warned that “[t]his letter serves as an official notice of the unconstitutional activity and a formal demand that the City terminate this and any similar illegal activity immediately.”

AHA Executive Director Roy Speckhardt added: “It is disheartening to see City leaders flagrantly violating the Constitution, but our organization stands ready to remind council members of their Constitutional duties to abide by the First Amendment.”

A copy of the letter is available online here.

The American Humanist Association (AHA) works to protect the rights of humanists, atheists, and other nontheistic Americans. The AHA advances the ethical and life-affirming worldview of humanism, which—without beliefs in gods or other supernatural forces—encourages individuals to live informed and meaningful lives that aspire to the greater good of humanity.

Humanism is a progressive philosophy of life that, without theism, affirms a responsibility to lead ethical lives of value to self and humanity.