The AstraZeneca and Johnson & Johnson COVID vaccines came under scrutiny again this week as more reports of deaths — largely due to blood clot disorders — surfaced in Belgium, Canada and Greece, and a new report linked the AstraZeneca vaccine to strokes in young adults. 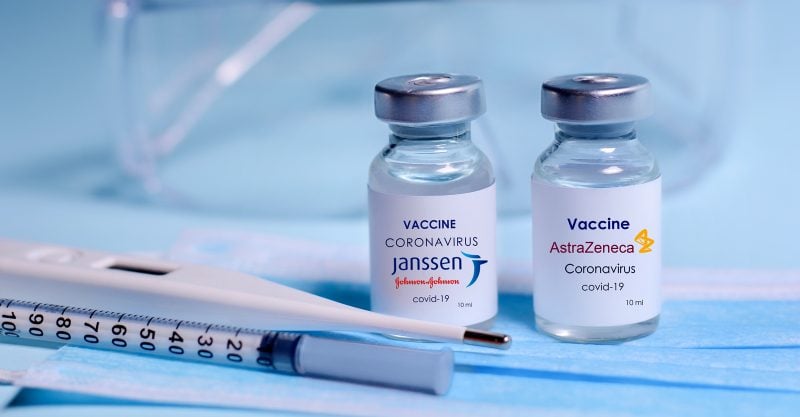 The AstraZeneca and Johnson & Johnson (J&J) COVID vaccines came under scrutiny again this week as more reports of deaths — largely due to blood clot disorders — surfaced in Belgium, Canada and Greece.

Adding to the vaccine makers’ woes is a new report out of London from researchers who identified the first cases of strokes occurring in young adults who received the AstraZeneca vaccine, which was co-developed by the University of Oxford University in the UK.

Belgium suspends use of J&J vaccine

Belgium said Wednesday it was suspending vaccinations with J&J vaccine, for people under the age of 41, following the death of a woman from blood clots after she received the shot. This is the second time Belgium has paused the one-shot vaccine.

“The Inter-ministerial conference has decided to temporarily administer Janssen’s vaccine to the general population from the age of 41 years, pending a more detailed benefit-risk analysis by the EMA,” said a statement issued by Belgium’s federal health minister and seven regional counterparts.

The woman, who was under the age of 40, died May 21 after being admitted to the hospital with severe thrombosis and platelet deficiency, Reuters reported.

The government asked for urgent advice from the European Union’s drug regulator, the European Medicines Agency (EMA), before it would consider lifting the suspension.

The EMA said it is reviewing the death of the woman in Belgium, along with other reports of blood clots, with the Belgian and Slovenian medicines agencies, and has asked J&J to carry out a series of additional studies to help assess a possible link between the shot and rare blood clots.

J&J said April 20 it would resume the roll-out in the EU of its COVID vaccine, marketed under the company’s Janssen subsidiary — with a warning on its label — after several countries, including Belgium, first paused the vaccine amid concerns of its possible link to blood clotting disorders.

The EMA confirmed a “possible link,” but concluded the vaccine’s benefits outweighed the risks. The drug regulator’s safety committee (PRAC) said a warning should be added to the product label, but the blood clot-related disorders should be listed as “very rare” side effects of the vaccine.

On April 23, the Centers for Disease Control and Prevention (CDC) voted to resume the use of J&J’s vaccine without restrictions after the vaccine was paused to investigate reports of rare blood clots. The recommendation by the CDC’s advisory panel said the link between blood clots and J&J’s COVID vaccine was “plausible,” but concluded the vaccine’s benefits outweighed the risks and recommended use for persons 18 years of age and older in the U.S. under the FDA’s Emergency Use Authorization.

J&J has said no clear causal relationship has been established between its vaccine and blood clots.

The first cases of large-vessel arterial occlusion strokes in young adults linked to AstraZeneca’s vaccine were described in detail for the first time in a letter published online in the Journal of Neurology Neurosurgery & Psychiatry.

The three cases, one of which was fatal, occurred in two women and one man in their 30s or 40s who developed characteristics of vaccine-induced immune thrombotic thrombocytopenia (VITT), a reaction associated with the AstraZeneca vaccine.

“These are the first detailed reports of arterial stroke believed to be caused by VITT after the AstraZeneca COVID vaccine, although stroke has been mentioned previously in the VITT data,” senior author, Dr. David Werring, professor of clinical neurology at the Stroke Research Centre, University College London Queen Square Institute of Neurology, told Medscape Medical News.

The first case, a 35-year-old woman, experienced intermittent headaches on the right side and around her eyes for six days after vaccination. Five days later, she awoke feeling drowsy and with weakness to her left face, arm and leg.

Imaging revealed the woman had a blocked right middle cerebral artery with brain infarction and clots in the right portal vein. She underwent brain surgery to reduce the pressure in her skull, plasma removal and replacement, and treatment with anticoagulant and fondaparinux, but suffered brain stem death and subsequently died.

The second case, a 37-year-old woman, presented with headache, confusion, weakness in her left arm and loss of vision on the left side 12 days after vaccination with AstraZeneca. Imaging showed occlusion of both carotid arteries, as well as blood clots in her lungs and brain. She improved clinically with treatment.

The third case occurred in a 43-year-old man who presented 21 days after vaccination with problems speaking. Imaging showed a clot in the left middle cerebral artery. He was treated and remains stable.

The researchers said young patients presenting with ischaemic stroke after receiving AstraZeneca’s vaccine should urgently be evaluated for VITT.

An Ontario man in his 40s died after receiving his first dose of the AstraZeneca vaccine, public health officials confirmed Tuesday.

Dr. Barbara Yaffe, Ontario’s associate chief medical officer of health, said his death is being investigated, but the man suffered from VITT.

“While the investigation is ongoing and a final cause of death has yet to be officially determined, it has been confirmed that the individual did have VITT at the time of his death,” Yaffe said Tuesday. “The risks associated with this vaccine are [rare], but they are real.”

Chief Medical Officer Dr. David Williams restricted AstraZeneca vaccinations for people who have not yet received the first dose as of May 11, due to a higher-than-expected rate of blood clots.

Α 63-year-old woman from Greece died of blood clots after vaccination with AstraZeneca. The case was one of four being investigated by the National Organization for Medicines (EOF) for a potential correlation between AstraZeneca’s vaccine and rare blood clots, according to the Greek City Times.

Also in Greece, a 44-year-old woman is in serious condition after experiencing VITT. Her case was the second incident found by EOF to be linked to the vaccine, according to the Greek Reporter.

A third blood clotting incident involved a 35-year-old man from Crete who suffered two blood clots after receiving AstraZeneca’s vaccine. The man was hospitalized after suffering a clot in his leg a few days after getting the jab. He suffered a second blood clot in his brain while hospitalized

As The Defender reported April 7, European regulators said they confirmed a “possible link” between AstraZeneca’s COVID vaccine and “very rare” blood clots, but concluded the benefits of the vaccine still outweigh the risks.

The EMA did not recommend restricting use of the vaccine based on age, gender or other risk factors, but did say cases of blood clotting after vaccination “should be” listed as a possible side effect, according to a statement issued by the agency’s safety committee.

The AstraZeneca vaccine is not yet authorized for use in the U.S.