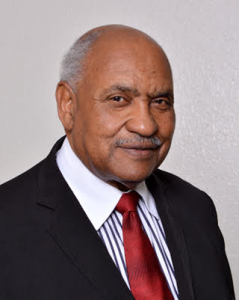 The San Diego Voice and Viewpoint

This is a painful commentary. Humanity demands that we all be treated with fairness.

This country has boasted the guarantee to the pursuit of life, liberty and happiness. Those who live in a world without such assurances hear what we say and see the quality of life that even our poorest of citizens appear to enjoy. So, we don’t blame the Haitians for doing what each of us would do if we were in their shoes.

This matter is made even more painful when we consider that the politics of color appears to have entered this picture. The recent surge of migrants from South America was not met with exportation but detentions. It appears that, for now, only single individuals are being deported and not families or children. They are allegedly being processed.

Then we have the history of how we have dealt with Haitians and the matter of political asylum. Let’s not forget that in 1992 when the U.S. Coast Guard was intercepting Haitian refugees at sea, some on inner tubes and small life rafts; these people were quickly returned to Haiti even though they claimed political asylum while, during the same period, refugees from Cuba also claiming political asylum were taken in and placed in detention camps in Florida.

The massive number of more than 100,000 Afghans recently airlifted by the U.S. government and expecting to find homes in America, and at the same time we have over 3 million DACA residents also seeking to be recognized and given citizenship, all adds up to numbers that frighten Americans with the question of when do we close the door?

The big question is, are we going to treat everyone fairly and, if so, what constitutes “fair”? The same rules must apply to all without the appearance of favoritism. There has to be a limit on the number of people permitted in the boat or the boat itself will sink.

The problems in all the countries in this hemisphere are closely related to corruption in the governments of those countries along with their crime problems. The storms and earthquakes that have hit Haiti compound a problem that already existed, not to mention the recent assassination of the Haitian president.

We can control the humanity with which people are being expelled. No more images of border agents on horseback riding people down because they are still coming across the river.

There has to be a better way. But to the Haitians and others gathering to illegally enter this country, that cannot be permitted. You create your own humanitarian crisis by making the choice to follow the rumor that all you have to do is show up and come in.

To Americans of all colors, the issue has to be one of more than race. Let’s deal with this issue as we can and should.