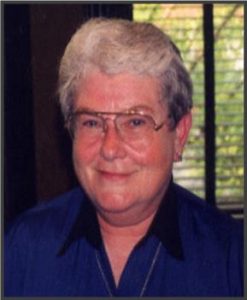 The recent news of Councilman Mark Ridley-Thomas’ federal indictment and the plethora of articles covering this issue have left me somewhat heartbroken.  The past several days has seen a great deal of speculation about whether Ridley-Thomas would resign from the LA City Council or whether or not the City Council would suspend him, and so forth.

Mark Ridley-Thomas, or MRT as he’s known, and I haven’t always agreed, but I’ve long admired his dedication to his community and constituents.   I’ve known him for many years, and often crossed swords with him during his tenure on the LA County Board of Supervisors.  While we didn’t always agree on all the issues I appreciated his efforts to save and then later rebuild MLK Community Hospital.  His efforts on behalf of our County’s homeless citizen are well documented and respected. MRT was one of the few County Supervisors that would leave the dais and speak with any individual that asked for a moment of his time. My greatest fear is for his constituents during this period, MRT has announced that he will step aside from his Council responsibilities; and now the City Council has voted to suspend him.  One wonders what effect this will have on the constituents of his council district.  There are many unanswered questions such as: who will be assigned as his surrogate during this time?  Will it be a paid staffer?

Will it be some other type of placeholder?  Will his constituents get the same level of service and dedication as they received from MRT – let’s hope so, but I won’t hold my breath?  This conundrum should concern us all.  In the meantime, MRT has made it clear that he’s ready to fight these accusations, and remember that that’s exactly what these federal indictments are at this point in time: accusations. In the end let’s not forget that in this country individuals, such as MRT, are considered innocent until proven guilty – and only time will tell which of these will prove true.  So I implore everyone to keep this in mind — as this story unfolds.