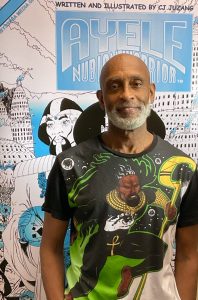 South Los Angeles—The multi-billion-dollar video gaming industry owes a sizable portion of its success to black and brown teen and young adult consumers. Yet when you look at the percentage of minorities in the industry’s senior management and game development ranks they are under-represented and underpaid in comparison to whites. That fact and how to begin leveling the playing field was the topic of discussion at the Entrepreneur Educational Center’s (EECI) 1st Annual “Business 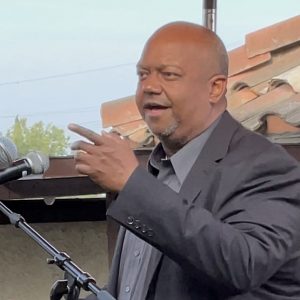 Opportunity in Gaming and Animation Summit”.

Held at EECI’s Quarles Business Opportunity Center (QBOC) in South Los Angeles, the Summit featured speakers from the gaming and animation industry, representatives from colleges and universities with gaming curriculums and presentations on entrepreneurial opportunities in the gaming industry. EECI Executive Director Barbara J. Stanton said the Summit was created to introduce future and former students of the organization’s Miracle’s Entrepreneur Program (MEP) to yet another field to focus on in search of career paths.

“We view the gaming and animation industry as the next frontier for minorities to explore and diversify,” she observed. “Just as Hollywood, a shaper of images and lifestyles, needs more diversity on the creative and management end, the same is true of the video games industry and the images and messages they project. The Summit points to a way to transition from being a gamer to being a game maker,” she said. 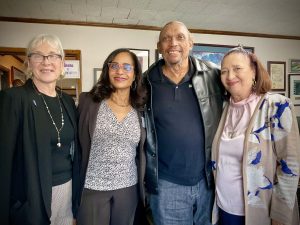 Summit presenters included Jonathan Robert, Lip Sync Supervisor for animated tv series “South Park,” Actor/Voiceover Specialist Hawthorne James, Carles L. Luzang, Owner Abyssinia Media Group and creator of “Ayele Nubian Warrior” comic book, Attys. Daniel J. Alexander, and Tam Vu specialist in entrepreneur startup businesses and cryptocurrency/blockchain issues, and keynote speaker Jim Huntley, Professor & Head of Marketing, USC Games, and co-founder of the Gerald Lawson Endowment Fund (GLEF). The fund is named in honor of the late Gerald “Jerry” Lawson, an African American Pioneer in the Gaming industry as creator of the first game console with interchangeable cartridges and inventor of Coin-Op “Demolition Derby.” Huntley, told the youthful audience that education was key in closing the “Opportunity Gap” for minorities in the Gaming industry and believes the fund, that among other things  provides Endowment for Needs/Merit-Based full scholarships for Black USC Games students per year in perpetuity, is a step in the right direction. “We’re seeing that the percentage of African-American or Indigenous-identifying game professionals working in the industry consistently has hovered around 3-4% for at least a   decade if not longer. That number hasn’t changed or moved up at all. So, we see that’s where the greatest need is and where we can help is to make sure those students get exposed to our number one games program and have an inroad into the industry,” he said.