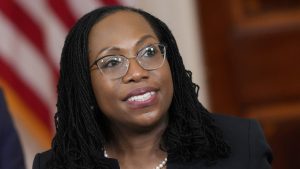 Amos cried out in his day with the words above. He spoke out against the injustice in the land.
Today, like Amos, I too, cry out to say, “Hate the evil and love the good and to establish justice in the gate.”

Justice in the gate is what the victims sought when they brought forth lawsuits that Ketanji Brown Jackson had the power to give but she chose not to and instead denied them a drink from the fountain of justice. For example in one class-action lawsuit plaintiffs charged Lockheed Martin with discriminatory practices and a settlement worth more than $20 million dollars was on the table in favor of the Black plaintiffs and she denied the plaintiffs justice and ruled in favor of the corporation, Lockheed Martin.  This is a travesty and it is one too grievous to allow her to laud and load a seat in the highest court in the land for the rest of her life. 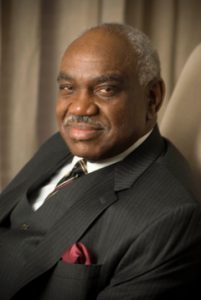 U.W. Clemon, the first Black federal judge appointed in the state of Alabama, forcefully spoke out against one of President Joe Biden’s potential Supreme Court selections in a letter.

Justice, I believe, under her leadership, will be stifled and will not as Amos say, “run down like waters.”

Her record reflects this fact. When U.W. Clemon, a renown retired chief federal judge, also cried out by sending a letter in the spirit of the prophet Amos to warn President Joe Biden not to choose Ketanji Brown Jackson to the Supreme Court on February 12, 2022 listing her horrible record  of injustices relating to racial bias, civil rights and discrimination against black victims, I say boldly and unequivocally that Ketanji Brown Jackson is a threat to Black Americans and I pray that the Senate does not confirm her to sit in the chair of the high Federal Branch, the Supreme Court.

Senators, you have the power to “Let justice run down like waters, and righteousness like a mighty stream.” I pray that you will do it for the sake of, not just Black Americans, but for all the poor and downtrodden and especially the abused and misused children.