“What, am I to argue that it is wrong to make men brutes, to rob them of their liberty, to work them without wages, to keep them 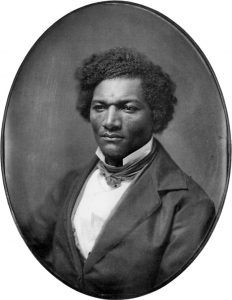 ignorant of their relations to their fellow men, to beat them with sticks, to flay their flesh with the lash, to load their limbs with irons, to hunt them with dogs, to sell them at auction, to sunder their families, to knock out their teeth, to burn their flesh, to starve them into obedience and submission to their masters?

“Must I argue that a system thus marked with blood and stained with pollution is wrong? No! I will not. I have better employments for my time and strength than such arguments would imply.

“What, then, remains to be argued? Is it that slavery is not divine; that God did not establish it; that our 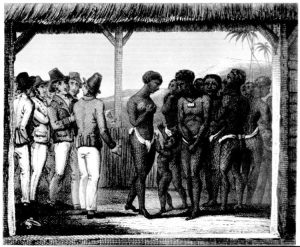 doctors of divinity are mistaken? There is blasphemy in the thought. That which is inhuman, cannot be divine! Who can reason on such a proposition? They that can, may; I cannot. The time for such argument is past.

“At a time like this, scorching irony, not convincing argument, is needed. O! had I the ability, and could I reach the nation’s ear, I would, to-day, pour out a fiery stream of biting ridicule, blasting reproach, withering sarcasm, and stern rebuke. For it is not light that is needed, but fire; it is not the gentle shower, but thunder.

– Frederick Douglass, from his speech entitled “What, To The Slave, Is The Fourth Of July,” presented in Rochester, New York, on July 5, 1852