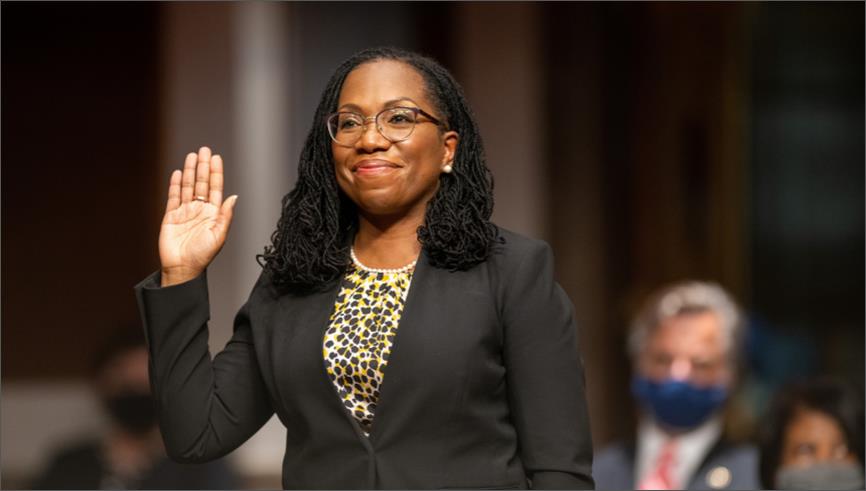 Black leaders in California are joining other Americans around the country, celebrating the historic confirmation of Judge Ketanji Brown Jackson as she becomes the first Black woman to serve on the Supreme Court of the United States.

Jackson, 51, is replacing her mentor Stephen G. Breyer who announced his retirement in late January.

Nearly a month later, on Feb. 25, President Joe Biden announced Jackson’s nomination at the White House. “It is my honor to introduce to the country a daughter of former public-school teachers, a proven consensus builder, accomplished lawyer, a distinguished jurist on one of the nation’s most prestigious courts,” said the President, listing some qualities that made Jackson his choice among several other shortlisted Black women judges with comparable accomplishments.

“She is someone with an extraordinary character who will bring to the Supreme Court an independent mind, uncompromising integrity, a strong moral compass and the courage to stand up for what she thinks is right,” continued Biden.

On April 7, the United States Senate voted 53-47 to confirm Jackson, who currently serves on the U.S. Court of Appeals for the D.C. Circuit. Three Republicans – Senators Susan Collins (R-Maine), Mitt Romney (R-UT) and Lisa Murkowski (R-AK) broke rank with their party to vote for Jackson.

“For one, it is historic, and it is long overdue,” said Rick Callender, President, California-Hawaii Branch of the NAACP. “This shows that Black women are supreme.” Watching the final proceedings, Callender told California Black Media he heard from both of California’s U.S. Senators confirming their vote for Jackson. “The NAACP is not only putting pressure on our Senators here in California, but all across the country,” he said.

On Monday, the upper house of the U.S. congress voted to break an impasse on Jackson’s confirmation in the Committee on the Judiciary and move it to the floor of the Senate for a full vote. Since Monday, Senators from both sides of the aisle have been making their cases for and against Jackson. The speeches continued into Thursday until minutes before the final vote.

Before then, Jackson faced intense questioning about her sentencing record, judicial philosophy and even her personal activities by members of the Senate Committee on the Judiciary. Some members of Congress and others watching have condemned some moments of inquiry during those hearings as impolite, partisan and disrespectful.

“Black women consistently demonstrate our brilliance and determination to lift to the highest level of excellence. This is a moment for us to celebrate as well as recognize that this a historic demonstration of taking our rightful place at the table of power. 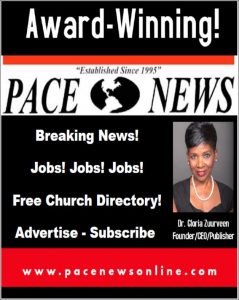 This goes far beyond appointing a qualified Black woman who has worked hard throughout her journey to prove who she is and what she is capable of,” said Kellie Todd Griffin, Founding Convener of California Black Women’s Collective.

“We know that representation matters to everyone in our community especially young Black girls who have to grow up in a world that doesn’t value their natural self,” Griffin continued. “Now they have a beautiful exceptional beacon who sits on the highest court in the nation to serve as an example of what is possible.”

Before serving on the U.S. Court of Appeals, Jackson was a federal judge on the U.S. District Court of the District of Columbia and Vice Chair of the U.S. Sentencing Commission.

She has also worked in private practice and as a clerk at the U.S. Supreme Court for Breyer. An alum of Harvard College (’92) and Harvard Law School (’96), Jackson attended Palmetto Senior High School in Miami-Dade County before that, where she was senior class president.

Jackson is married to surgeon Patrick Graves Jackson, who she met in college. The couple has two daughters.

“I am standing here today by the grace of God as testament to the love and support I have received from my family,” said Jackson when she was nominated.

Jackson also paid tribute to Judge Constance Baker Motley, the first Black woman to serve as a federal Judge in the United States, with whom she shares a birthday 49 years apart.

“Today, I proudly stand on Judge Motley’s shoulders sharing not only a birthday, but also her steadfast and courageous commitment to equal justice under law. Judge Motley’s life and career have been a true inspiration to me as I have pursued this professional path,” said Jackson.

LaNiece Jackson, State Executive Director, Black Women Organized for Political Change, said Jackson’s confirmation by the U.S. Senate is a milestone that will motivate Black women advocates like her to continue the work that they do.

“I am over-the-moon       excited about this major anticipated win,” she said.

“It is testament to the power of Black women’s collective advocacy and a great achievement in our history.”