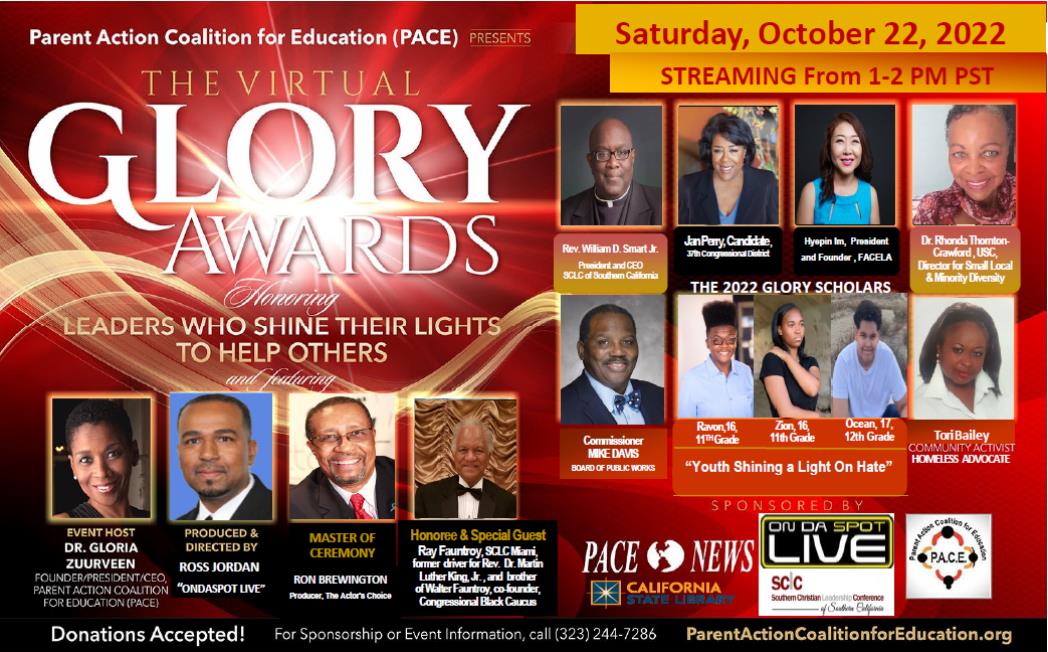 “The deaths triggered the riots, but the unrest has been fueled for years by a lack of development in black neighborhoods and insensitivity toward those communities by local government,” said Ray Fauntroy, head of the local Southern Christian Leadership Conference chapter after deaths of black men during the Miami race riot in 1989.

The Reverend Raymond C. Fauntroy, better known as Brother Ray first and foremost is a child of God whose faith is shown by his many years of work in the vineyard without any fear of what man can do to him. He is a soldier in God’s Army of warriors on the battlefield for the souls and minds of men, women and children and he is calling them one by one with the beat of the drum and he is a 2022 GLORY AWARDS honoree presented by Parent Action Coalition for Education(PACE), a 501c3 nonprofit organization. PACE invite you to help us honor Bro. Ray and all of the 2022 honorees during the VIRTUAL GLORY AWARDS.

Brother Ray is on a mission and he will not back down because like the late great Civil Rights pioneer, Fannie Lou Hamer, he is “sick and tired of being sick and tired” of Blacks who keep getting knocked to the back of the bus after all these years here in these United State America. He is calling for all who will heed the drum call that it is time to stop playing around and now is the time to find some common ground for economic prosperity.

According to Brother Ray, this is our land and this is our country and we deserve to have the fruit of our more than 400 years of labor, sweat equity, tears and to stop the onslaught of others reaping all the goods and benefits.  Brother Ray is no stranger to fighting for what is right. He can tell you his story about the battles he has won but today he looks around and he says, he can’t sit down, it’s about the drum. 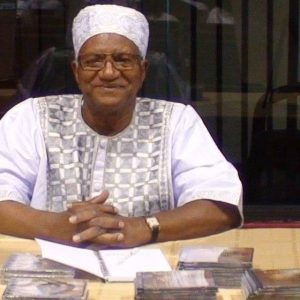 Brother Ray has devoted his life to community and civic engagements. Born in Washington, D.C.  he received his early formal education at Dunbar High School and Federal City College. He later attended Practical Christianity Institute of Evangelism, Hamet, California and received a Bachelor’s and Master’s degree in Theology. When he was a young boy of 11 years old, skilled in building non-motorized cars, he entered the Soap Box Derby in Washington, a competition which was a natural fit therefore he welcomed the opportunity; however unfortunately, for young Raymond, participation in this competition was his first exposure to racism, hostility, and hatred based on skin tone. It was this experience that cemented and influenced Brother Ray, causing him to pursue a lifetime of devotion toward racial equality.

The spirit of righteous indignation was kindled and set aflame when he as a younger brother of the Honorable Reverend Walter Fauntroy, a co-founder of the Congressional Legislative Black Caucus, became actively engaged in the civil rights movement in its infancy. It was in 1958 that he became affiliated with the Southern Christian Leadership Conference (S.C.L.C.) and subsequently began to chauffeur the one and only Rev. Dr. Martin Luther King, Jr. when Dr. King visited the Washington, D.C. area. After the April 4, 1968 murder assassination of Dr. King, Brother Ray renewed his relentless pursuit seeking equality for African Americans.

In was in the late 70s that Brother Ray continued his mission and moved toward his calling to Miami, Florida and like the Apostle Paul, forgetting those things behind him, he pressed on toward the mark of the higher calling working tirelessly on issues pertaining to freedom and human rights for African Americans, Haitians, and other immigrants. This authentic servant-leader has fulfilled his commitment to community and civic engagement through service in mixed leadership roles in diverse organizations including: Executive Secretary, National Association for the Advancement of Colored People (NAACP), Miami Branch; former President of the Southern Christian Leadership Conference (S.C.L.C.), Miami Chapter; and former President, State of Florida Southern Christian Leadership Conference.

Just like the old saints use to say, “Let my work speak for me.” Brother Ray’s work certainly does speak for him so much so that he is a much sought after speaker because his works precedes him and his humongous list of accomplishments from Washington, D.C. to the sunny skies of Miami, Florida as he worked to bring about much needed change. Not content to simply hold a leadership position, as head of Miami’s SCLC chapter, he led a successful voter registration campaign resulting in 10,000 new voters. He also organized the first effective protest march and demonstration on the notorious Krome Avenue Detention Center in Miami where Haitian refugees were being housed.  Upon arrival to the U.S., Haitian refugees’ hands, necks and ankles were cuffed, chained and shackled while being herded like cattle and detained without due process. Because of this inhumane treatment, Reverend Fauntroy and the Miami Chapter of the SCLC organized a march attracting upwards of 50,000 people advocating for fair treatment. He subsequently sued the government and won the right to enter the Krome Detention Center to pray with and provide basic necessities for Haitians in detention. The Miami Chapter of SCLC, under Brother Ray’s leadership, was also successful in halting the construction of a micro-wave antenna in the heart of the African American community. This campaign was so effective it captured the attention of the federal government resulting in the passage of a federal law that made such protests a felony. In synchrony with other movements around the world, he formed “Organized the Free South Africa Movement” in Miami. This movement resulted in new affiliations and expanded awareness that later led to an invitation from Nelson Mandela to visit Johannesburg, South Africa to expose the South African people with certain African Americans.  In continuance of his commitment of empowerment for the African American community, Brother Ray successfully led the effort to purchase a 12-unit housing complex for nine evicted families. The money to purchase the complex came from the pooled resources within the Black community. Not persuaded to tackle the challenges of today with the methods of yesterday, Brother Ray has evolved in his responses to societal ills. Within his sphere of influence, he has recently begun a movement to synchronize with international drumming as a spiritual response to troubles of today. He strongly believes as he has written and published, “He’s Still  God” “Hold On” as testaments to the power and presence of a living God who has given him and all who believe the victory to make the change they want to see with faith and purpose.

Brother Ray Fauntroy, the 2022 GLORY AWARDS honoree, is an artist and musician.

Brother Ray, a faithful member and ordained Elder of Breakthrough Deliverance and Healing Prayer Ministries, believe that the solution comes through organizing and strategizing just as the spies who were sent out to take the land in the book of Joshua. They were organized and they strategized to eat the fruit of the land. So too did Jesus organize, the twelve disciples so much so after 2000 years we are still reading and studying their strategy as a group to do the work they were called to do. Brother Ray, a faithful and favored servant, is calling on all who will answer to organize, strategize and to remember “to hold your money” because Christmas is coming and before Christmas, all BLACK DOLLARS spent leading up to this sacred “consumeristic time” for many in the Black community, should be recycled only in building up and edifying Black economics through consistent support of all types of Black lives and businesses alike because Brother Ray, from his storied experience, is a testament and a witness, that Black lives really does matter and we have to show it so others can truly know it.

We salute our Elder Brother Rev. Raymond Fauntroy and we must keep the drum call rolling every Sunday at 3pm ET and 12 PT.

Join us as we celebrate and honor Brother Ray Fauntroy on Saturday, October 22, 2022 during our Virtual GLORY AWARDS to our host of honorees including, The SCLC of Southern California, CEO and President, Rev. Dr. William D. Smart, Tori Bailey, Community Activist and Homeless Advocate; Hyepin Im, Founder and CEO, Faith and Community Empowerment (FACELA); Dr. Rhonda Thornton-Crawford, Director, Small Local and Minority Diversity, USC; Mike Davis, Commissioner, Board of Public Works and Jan Perry, Candidate for the 37th Congressional along with our 2022 GLORY SCHOLARS for shining their light on hate.