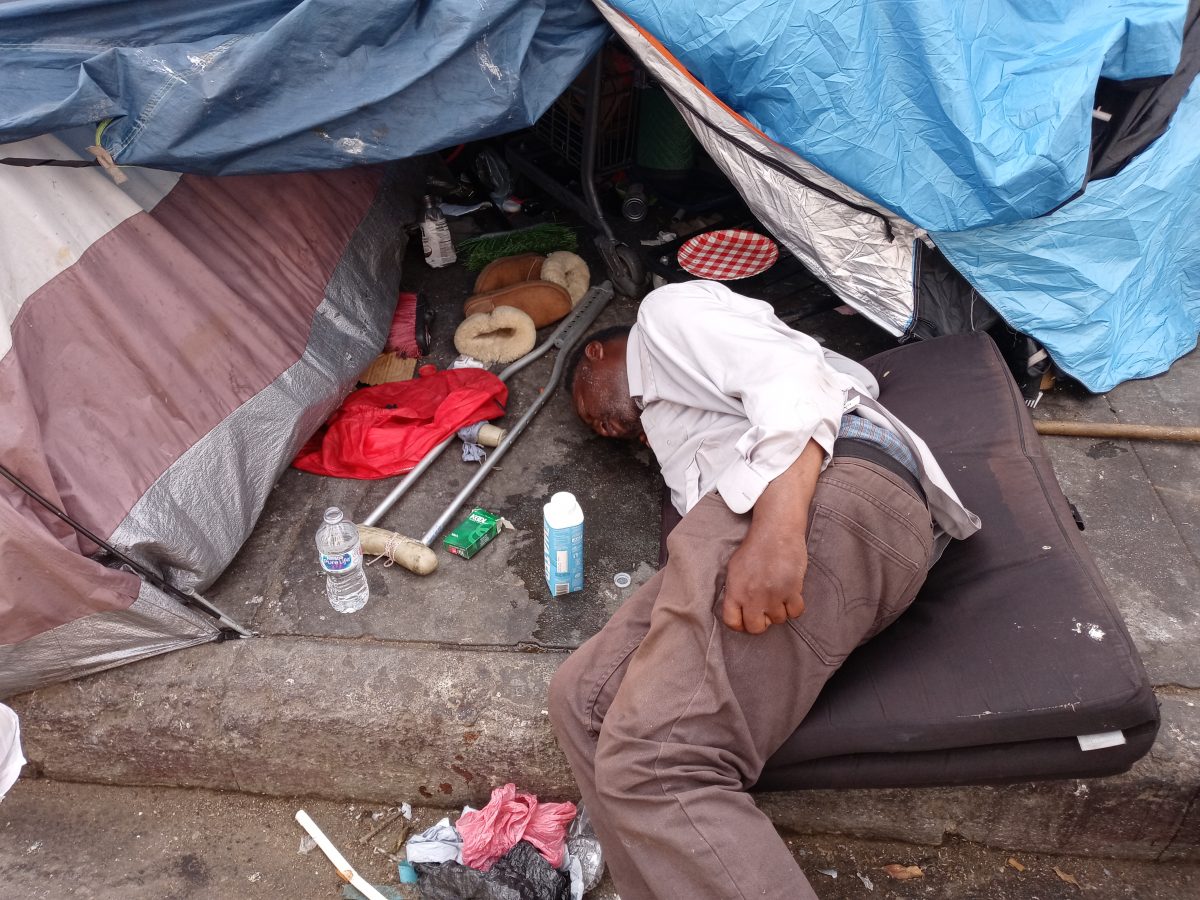 Photo by Tyrone Cole of homeless disabled Black man in downtown L. A.

According to the website referencing Article 7 (1) of the Rome Statue of the International Criminal Court crimes against humanity do not need to be linked to an armed conflict as in Ukraine, but can also occur in peacetime, similar to the crime of genocide. 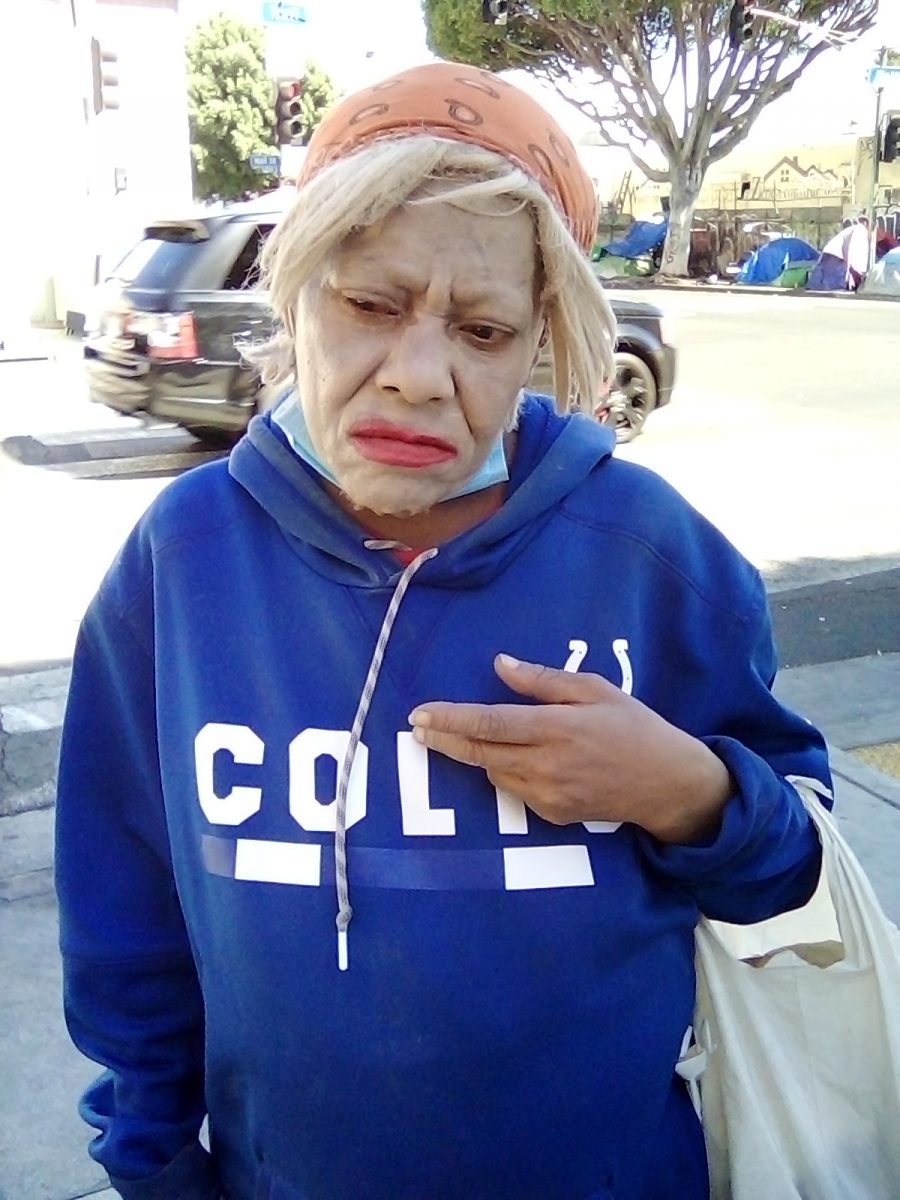 Tyrone Cole photographed the homeless on the streets of LA

It defines crimes against humanity as a physical element which includes the commission of extermination, torture, deportation of forcible transfer of population, persecution and other inhumane acts.

It also includes a  contextual element such as when a widespread or systematic attack directed against any civilian population with a mental element as having knowledge of the attack.

Based on the information described from the United Nation website, Black people, especially Black homeless people in Los  Angeles are victims of crimes against humanity.

Melinda Abdullah, a co-founder of the L.A. Chapter of Black Lives Matter said in a LAist.org article dated Feb. 22, 2022 that she’s outraged over the state of Black homelessness.

“I feel a tremendous amount of sadness when I think about how we came here as enslaved people and how they attempted to dehumanize us then,” Abdullah said. “It’s the same process of dehumanization. That they would treat dogs better than they treat Black people who are living unhoused,” said Abdullah. 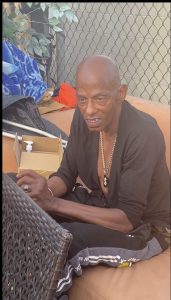 The article revealed that Black people are 8% of L.A.’s population, but represent 34% of people experiencing homelessness, according to a 2020 count by the Los Angeles Homeless Services Authority (LAHSA). The number of unhoused Black people could rise when LAHSA conducts the 2022 count this month. I visited downtown on 7th and Maple yesterday and spoke with Brian Cook who has been homeless for 8 years and he said that they don’t want to help the homeless because people are afraid that they are going to lose their jobs.

When asked what he meant by that he said, “You know people have budgets and if you start reducing the homeless population that means you are going to have to retrain people to do something else. He said there is a way to do it but they haven’t done it.

He said they can make case managers out of field managers because people have been through so much trauma just as he has due to his landlord and the landlord’s lawyer who went up on his rent from $500 dollars to $1200 where he was staying in the Alexandria Apartments which led to him being homeless and on the streets for 8 years. (see video at www.pacenewsonline.com) 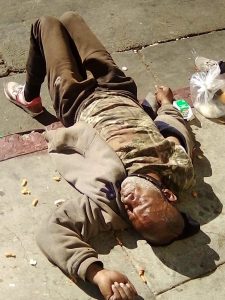 Cook and many other Black men, women, and children, are held captive in a state of perpetual poverty and there seems to be no urgent outcry other than politicians talking and pointing to the problem when election time come around as it is now but afterward they all leave, vacillate, and hesitate when it comes to helping to alleviate the problems.

Cook suggested as the solution that the government should do an eminent domain on all vacant properties  and for the homeless to have jobs and opportunities to work and fix them up and have a place to live permanently and not be pushed around from street to street like they are doing now. 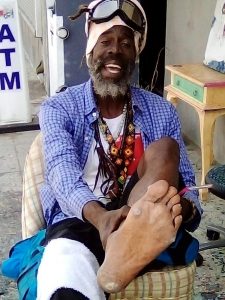 Homeless Black man showing the pain of homelessness with all the corns on his foot. Photo by Tyrone Cole in downtown L.A.

Abdullah said, “If this were not the United States there would be an international outcry.” Why isn’t there an international outcry? Is it because they are Black people and not white Ukrainians or others who come to America and get in line for all the resources including housing, education, healthcare, employment, and economic handouts for building businesses and wealth while Blacks stay far, far behind. Where are all the Black elected officials who were elected to look out for Black people just as other groups look out for their own people?

This is a crisis and it is time to stop all the show boating and floating around ideologies and come together to stop these atrocities.

Karen Bass and all the other mayoral and political candidates are talking loud and doing nothing other than fulfilling promises for the one who gives them independent dollars while they spend the people’s public tax dollars without any accountability. 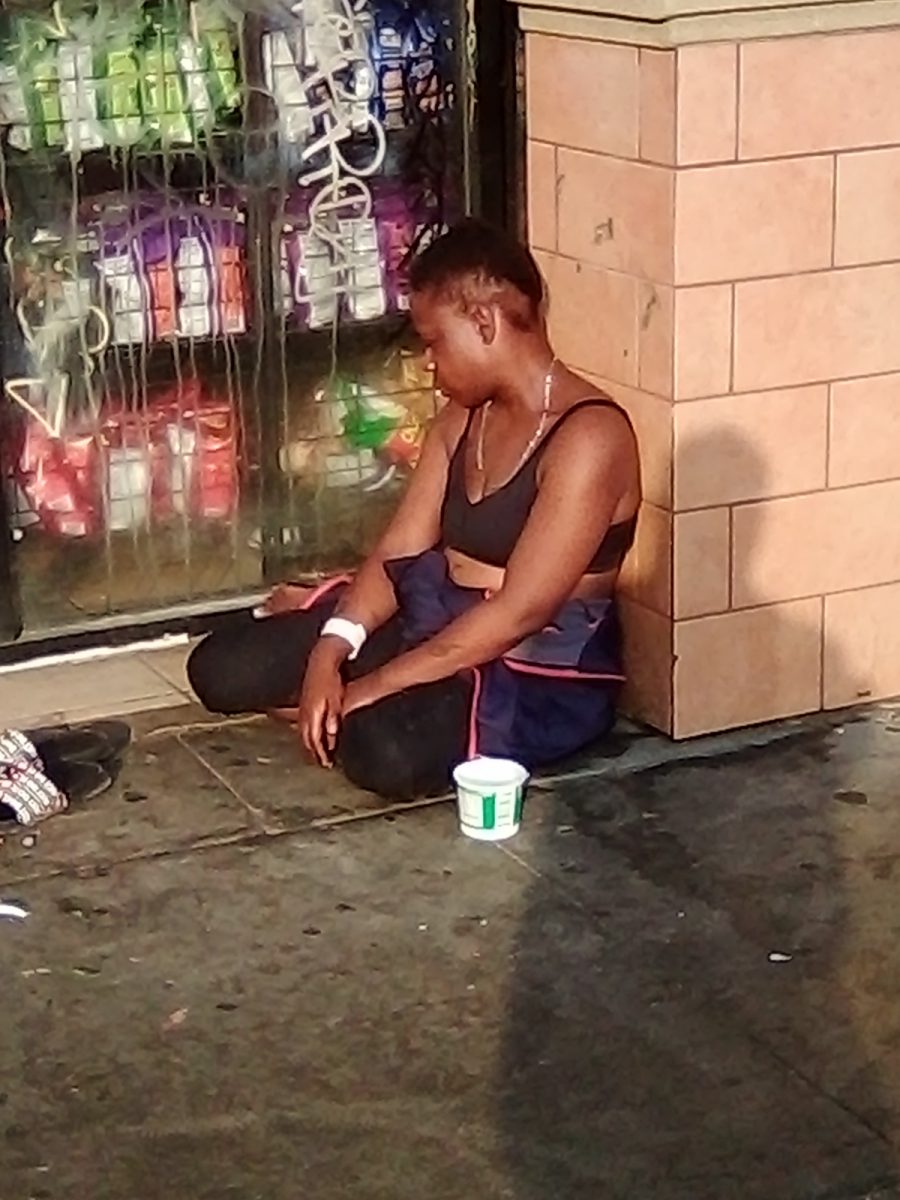