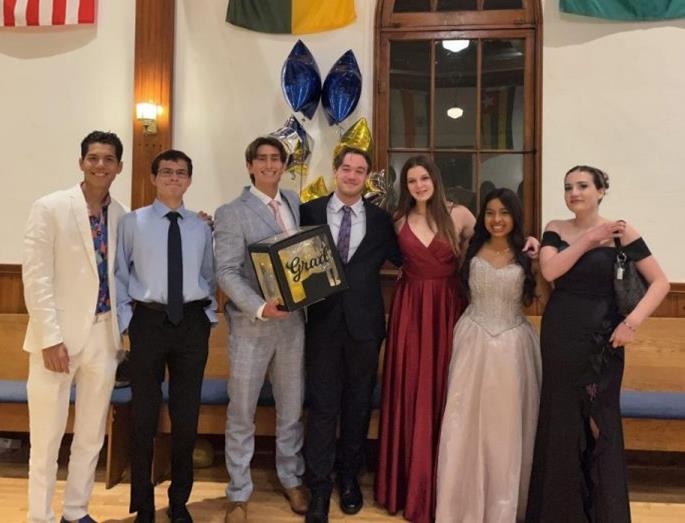 Israel Matthews (left) at the 2022 Senior Dinner took the time to take pictures for memories at LCA on Saturday, May 7, 2022.        Photo by Gloria Zuurveen

Forget Cinderella. Getting asked to the dance is an unwelcome downside to Prom. 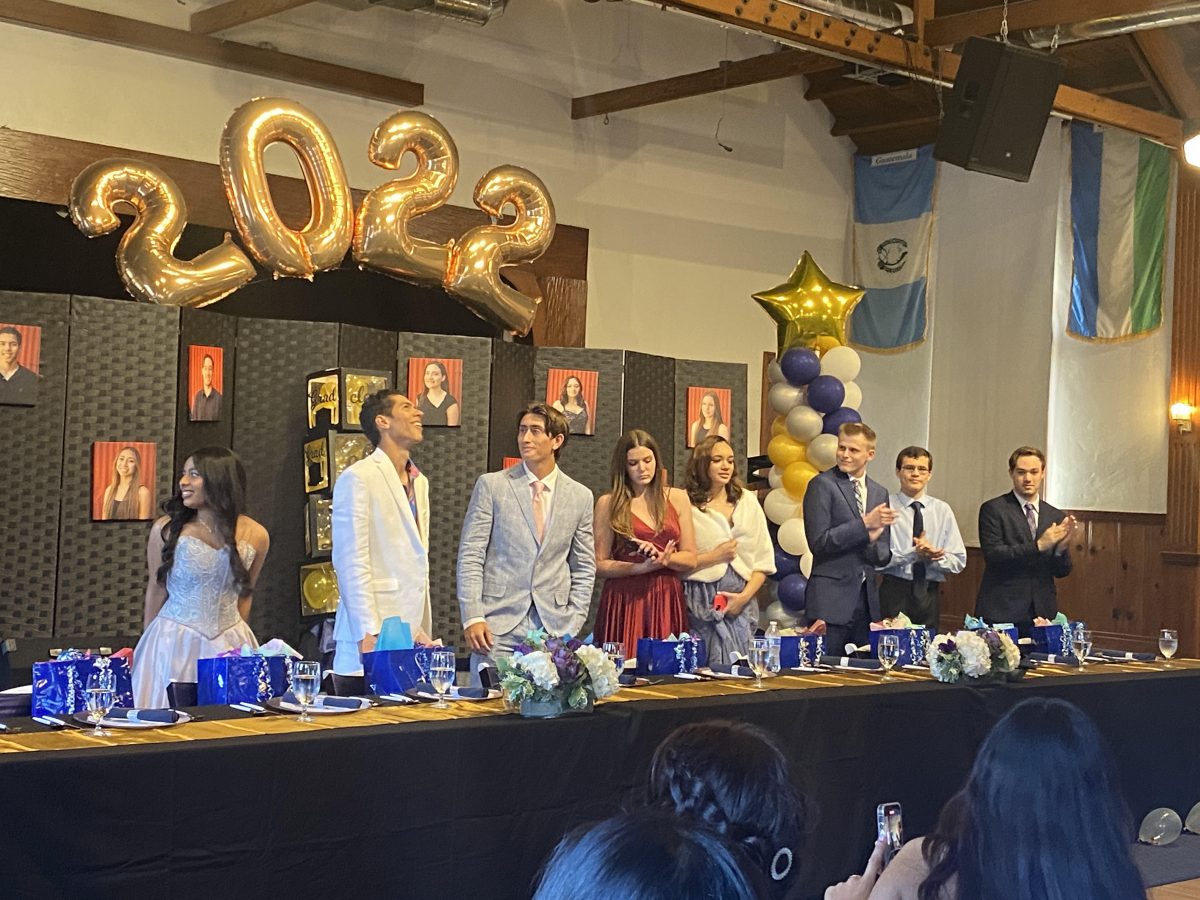 Seniors celebrates at Lighthouse Christian Academy Class of 2022 Senior Dinner held in Santa Monica on Saturday, May 7, 2022 was an evening to remember. Photo by Gloria Zuurveen

So Lighthouse Christian Academy did well by nixing Prom, as many conservative Christian schools have done across the nation.  Instead, the microscopically small Santa Monica private school (they boast just 50 students) held “Senior Dinner” last Saturday. Kids from all high school grades glammed up in ballroom attire, heard tributes to seniors from their parents and roasted each other with “mockumentary” videos prepared beforehand. 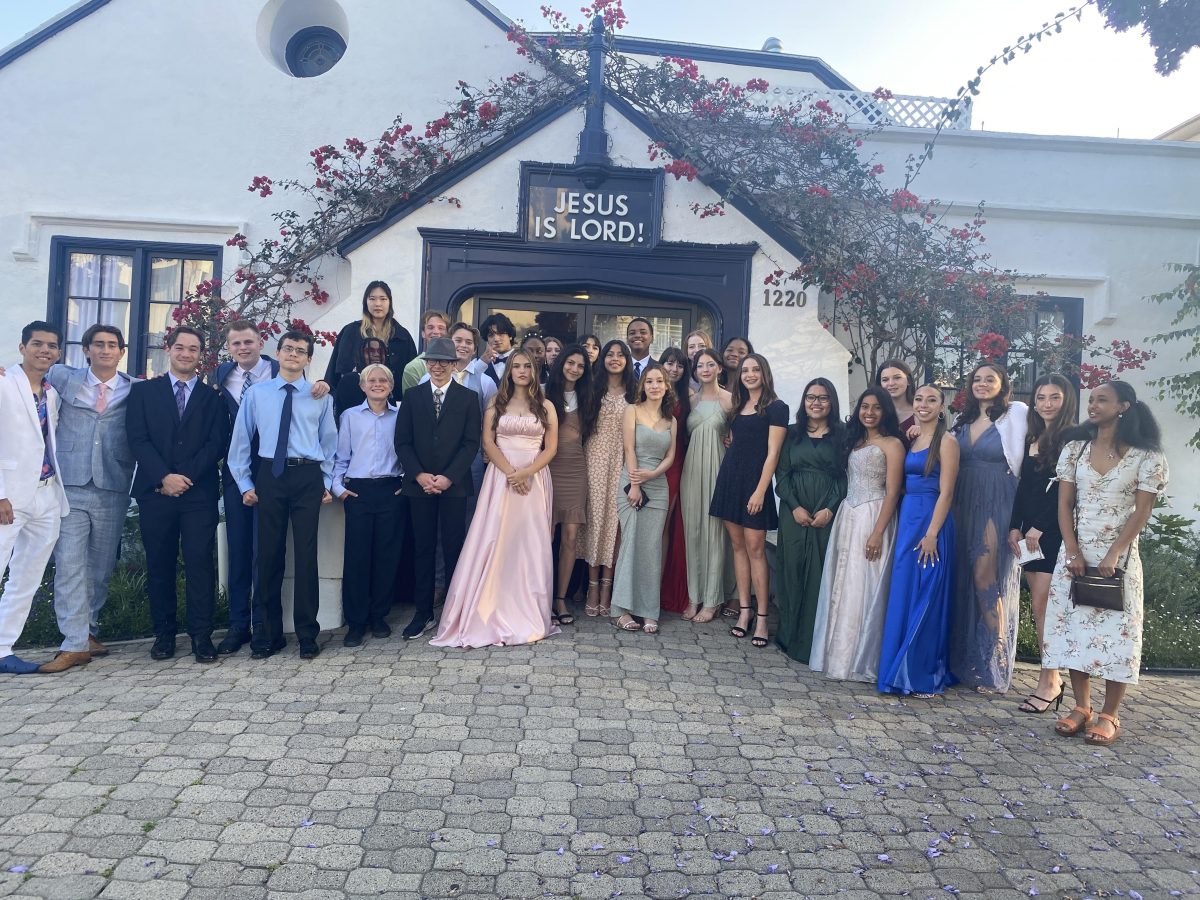 Israel Matthews (left) at the 2022 Senior Dinner took the time to take pictures for memories at LCA on Saturday, May 7, 2022. Photo by Gloria Zuurveen

“Prom is fun and all, but the focus is too much on getting a date and you forget to have fun and enjoy the time,” says sophomore Hope Catalano. “If you don’t get asked, you can’t go.” Still, traditional prom holds sway in the hearts of many American youth. Lighthouse has seen students unenroll because their dream is Prom.

The May 7th edition of Senior Dinner was the first after two years of discontinuation due to Covid. The students dined pasta under festive decorations while seniors received tributes – and roastings – from teachers, parents and their fellow students. “Senior Dinner was pretty fun. It was nice to give one last night to the seniors because we’re going to miss them. 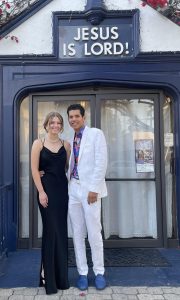 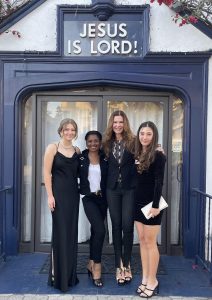 What we heard from the parents was nice,” Hope says. “A lot of seniors were new this year so we got to hear their backstories.” For Hope, LCA’s Senior Dinner was all about inclusion. You weren’t excluded for not having a date. The lower classmen weren’t excluded. Parents weren’t excluded.

If having your parents come to your Christian-version-of-a-prom sounds unfun, consider the fact that the parents give a public speech praising their children. Frequently, the parents tear up and gush with pride.

Sometimes, they even use the “L” word. Through tears, one dad told his son: “I love you.” While you may not like the idea of parents lurking at your party, who doesn’t long to hear of a parent’s heartfelt love? The generation gap gets bridged.

Myriad challenges can conspire against the milestone of graduation, and parent tributes disclosed compelling backstories and heart-warming anecdotes.

We learned the volleyball team captain Sarah Montes narrowly fell short of a blackbelt in taekwondo due to injury during her childhood. We learned that Nicholas Boatwright held races with toy cars in the kitchen by shouting: “Drivers, start your engines!” 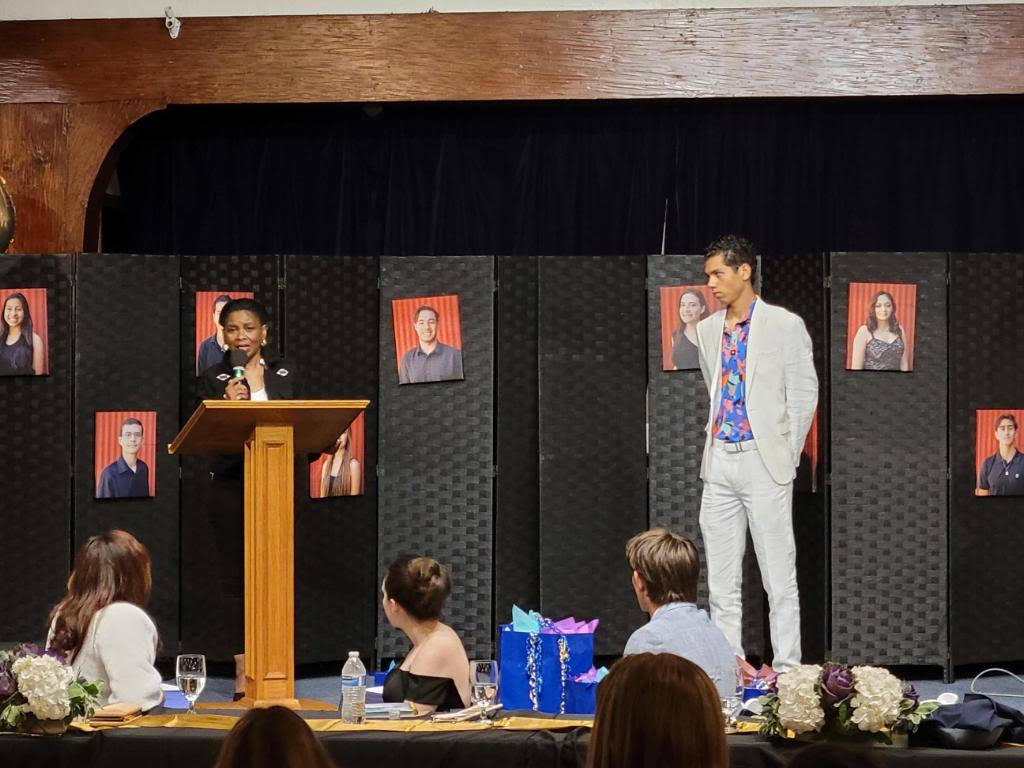 Dr. Zuurveen highlighting how Israel “Izzy” used to write a column as well as worked as PACE NEWS distributor from rack to rack beginning in elementary school. Photo by Mr. Lahood

Israel Matthews got praised for distributing The Pace in neighborhood stores, learning a work ethic and entrepreneurial spirit from his grandmother. Junior Ireland Daniel sang with junior Elizabeth Foreman on the piano and freshman Zeke Young on guitar.

While the heart-melting speeches will be remembered forever, the videos of ridicule provide the mirth. The junior class filmed a rendition of “The Breakfast Club,” while the freshman class linked student profiles with TikTok shorts that picked up on quirks.

If you didn’t go home with at least second degree burns, you could consider yourself lucky. Fortunately, nobody rushed the stage to punch responsible parties. “Senior Dinner brings together the school in an ending, closing way,” Hope says. “Prom doesn’t have performances or videos. I feel it’s like just getting there and dancing and leaving to dinner after. You’ll always be able to hang out with your friends, but we got to share the environment with our parents but still sit with our friends.” 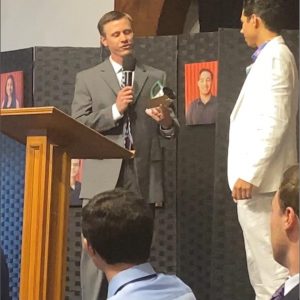 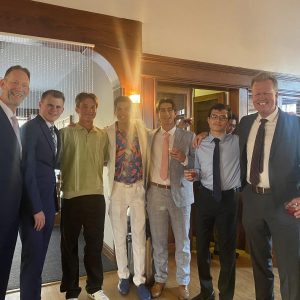 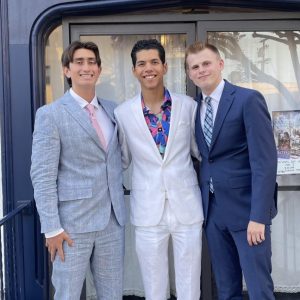