Let me tell you it wasn’t until I got involved in the organized Black church that I can now say that I witnessed one of the most evil, criminal enterprises in all the years of my life. I am talking about the chauvinistic coons like no other who I also witnessed and observed some of the most disdained behavior in ecclesiastical environment coming from the head which permeated to the foot of the Black church in the name of conferences, general assemblies, and holy convocations. 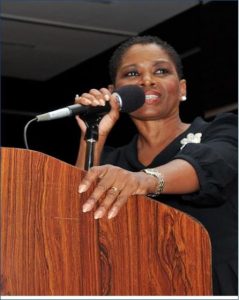 This political religious game of no shame has destroyed whole generations of Black people and no one wants to call it by name a diabolical, demonic,  and devilish mind control unlike any other story has been ever been told. My dissertation touched on it but in a different way. It highlighted the priesthood of God’s people as being chosen vessels to fight the battle of the power over sin and in the end, the truth win. The Black church should be held up for crimes against humanity and for being complicit to the shallow game of salvation from without and practicing a lie with heavy clout. This game of classism and high-holy rolling of one man over another is not from God, but came from the heart of man, just ask the prophet Samuel who got angry when the people of his day, not much different from today, asked for a king instead of having that direct connection with God. They wanted to be like everybody else and do like the rest of the nations around about them. They wanted a leader and some one who could gather an army to fight against the enemy and they required and they inquired for them to have the  same thing, a man, a king, to rule over them and to guide them in their every move and to take all they had. Today these kings, especially in the Black church, these kings have corrupted the people of God in the house of God and the kingship is under the spell of doctrine of the devil, Satan, himself and it is so outrageously believable but only the king is the one who actually show it, diamonds and pearl, gold and fine linen, the best from the rest and good looking women, Lamborghini and all the widows pennies. Yes, they are demonstrating the livable, visible lie, and the sadistic nature, they have displayed from the pulpit to the addiction of the Hollywood itch, like the “Preachers of LA” to now “Honk for Jesus” Lord knows what’s coming next our way on Hulu, Netflix or BET, the Black church leaders are complicit and they are conformists who go along, to get along for the big dollar days while single mothers and hungry children wonder where, after Sunday salacious sermon, they will stay or in what yard they will play. Many of the women young and old live in shame and no one knows their name because they live in shame of the pain they’ve gained in the Black church. The shame is real and the pain is real too.

The Black church is a racket. It is not the house of prayer and unlearned innocence and godly presence. No. It is conditional, sinful, and unrighteous as can be and it’s the cause of many of our  children and families are caught up in homelessness and living on the streets. The Black church has been hypnotized and mesmerized with all the promises of the 70s integration and they, the leaders, they became complacent and went along to get along as the only Negro in the room because thanks to affirmative action and that he meets the quota like a fly in the buttermilk. It really made Black people sick. The Black church is still under the spell and continues to drink the mixture without any questions, like Roe v Wade and other liberal legal agendas, to divert the funds from the Black people over to what is considered a bigger and urgent call and cause, like women’s rights which is now a more pressing fight and Black people have to get to back of the line when it comes to civil rights because now with the women, the other colors, Black people chances of getting any real reparations for all the atrocities are now slim pickings. Why? The Black church and all of its lurches and leeches called preachers have sucked the blood out of their own Black communities and then they ran lock-stock and barrel behind the ones who Malcom X had once claimed were the Black man’s biggest enemy, white liberals.

Dr. Randy Short, M.Div.,  a Washington, D.C. native and a scholar, historian, human rights defender, social commentator, anti-eugenics advocate, freelance journalist, writer, and social action/social justice missionary affiliated with the Christian Church and African Orthodox Churches and  Roger Jason Stone, an American conservative political consultant and lobbyist in their collaborative co-authored book,  “Slavery’s Mastery: Religion’s Oppressive Bigotry Unhinged” published by Hollis Media Publishing & Distribution Group, 2021, describes the manner in which the Black elites through the eyes of  William Sheppard, a missionary to Africa, and his fight to expose the atrocities of ethnic cleansing, and racial divide between black elites. The jockeying for influence and self-appointed grandeur is a direct link that caused the American Negro to lose so many key opportunities economically, and strategic placements in academia. The Black gatekeepers proved equally as detrimental to Black advancement as did oppressive white business leaders and the government. As Dr. Short and Mr. Stone emphasizes the Black elites in academia, I speak to the elites in the Black church and the damage they have caused the Black communities.

Look at many of your preachers and prominent ecclesiastical leaders, especially the likes of Creflo Dollar, bet money on it that they don’t live in the hood or any prominent black neighborhood, No!  They move away and become the only colored person in their exclusive conclave until a burning cross, or an only color patrol like “Karen” call the police to have them escorted away in handcuffs. These diabolical community divested demons promoted and highlighted by their action that their own communities, the Black communities, that made them who they are  through tithes and offerings, and even buying the books like T.D. Jakes were not good enough. The Black church leaders sought to go along to get along leaving hurt and pain so much so that Tyler Perry “Madea” has skyrocketed into fame with the hurt and the pain in the Black church. The Black church and all of its regalia has crippled its own communities and it is time for them to pay back with all the resources to build back the Black communities.