The recent hearing of a secret taped audio recording of the message of Los Angeles Latino leaders racist and vile language against a Black son of a former council member and Black people in general is lucid and literally racist. Like many of PACE NEWS readers and other people, I too, I’m calling for the Latino leaders to step down, to step aside and to step out of the way of progress for racial reconciliation because what I heard is sickening and sad that these cronies and phonies are perpetrating and pretending like they are sorry only because they have gotten caught in the racist act at its core and this behavior should be rooted and booted out the door with their lips that allowed the language to drip from their racist minds and Lord knows it’s about time for the community to stand its ground and stop the three musketeers from destroying and tearing the City of Los Angeles down. 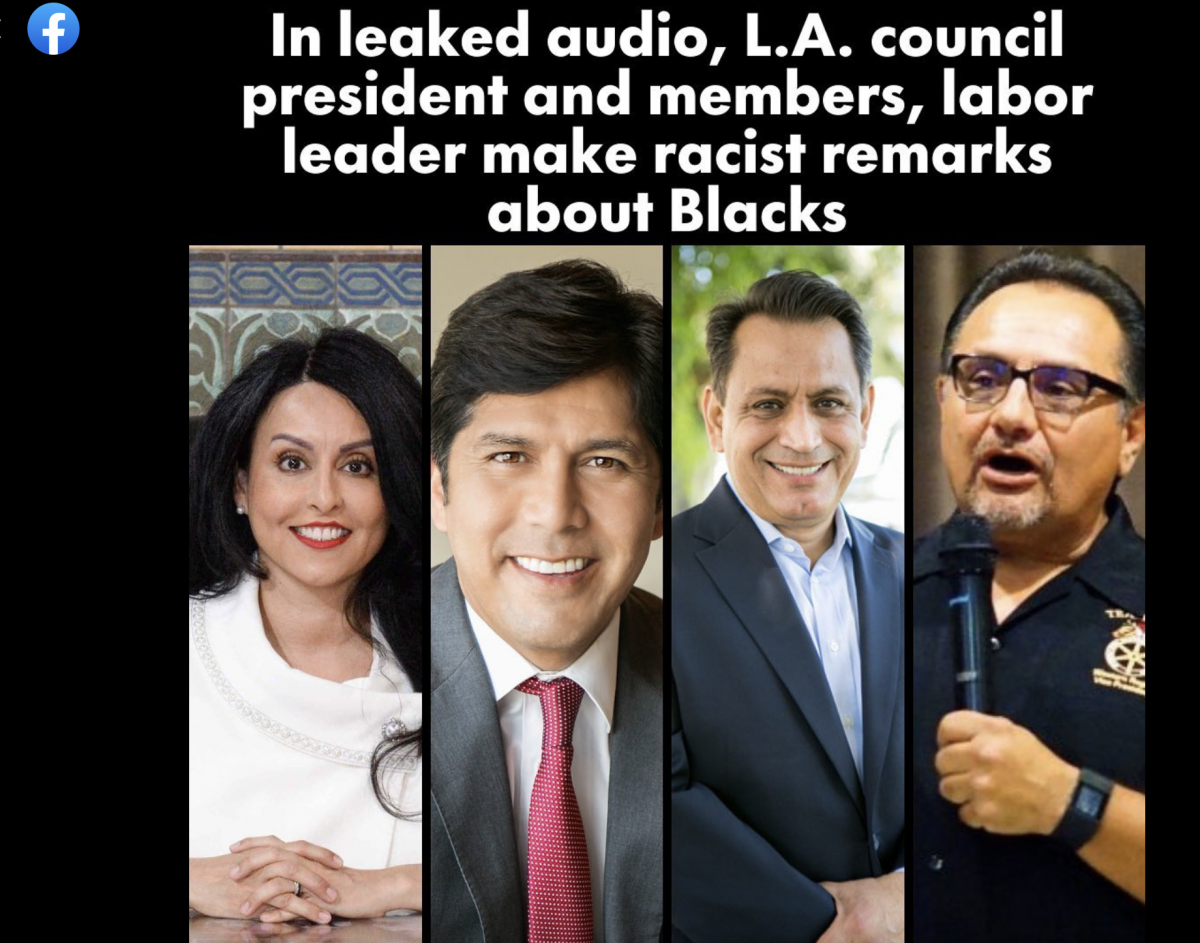 Can you even imagine if they were not exposed, what else they have said and done and how many Blacks have been victims of their pseudo coalition of “we are one” while stabbing their Black constituents in the back and high-fiving each other like it was fun? This is not good and especially not for the hood for which this Latino crew is now trying hard to say they are sorry because they have been caught red-handed and the people are not blind to the blatant racist hate crime of all times by the very ones who were elected to lead, not just white Latinos but Black ones too, but no they are anti-Black and what are the people to do? Wave bye, bye, farewell good riddance, you’ve had your chance to be the boss but after those racist words, it’s time for these Los Angeles Latino Leaders to be tossed because their language is too lucid, literally racist and it’s time for the people to say to them no, no, y’all have got to go.