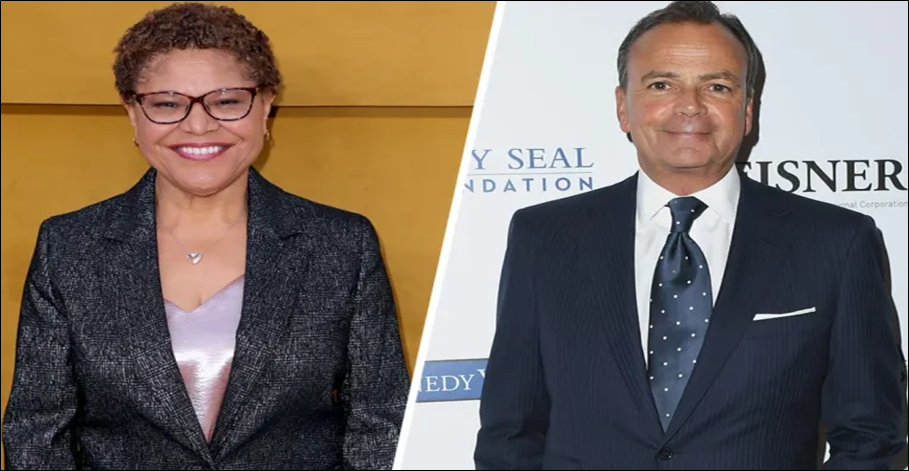 When it comes to Karen Bass and Rick Caruso, I can truly say the same thing about them that Kanye West said about George Bush  in 2005, “George Bush doesn’t care about Black People.”

Well, as a Black-owned legally adjudicated award-winning newspaper since 1995 serving the Greater Los Angeles Black community and helping many elected officials Karen Bass, Congresswoman Maxine Waters, Inglewood Mayor James Butts, City Councilmember, Assemblymember, Senator and Los Angeles Supervisor, Mark Ridley-Thomas, the late Marguerite LaMotte, Genethia Hayes, Barbara Boudreaux, George Mckenna, LAUSD Boardmembers, and many others by providing coverage one way or another in PACE NEWS and today we have a Black woman, Bass, who says she wants the Black votes yet she allows ad dollars to be spent with what seems to be every other media outlet except for the one which has been in the trenches fighting since her days at Community Coalition when she worked closely with the High Schools youth, including Crenshaw where my daughter attended, to shut down liquor stores in the Black communities and today, the Black communities seems to be forgotten accept for great photo opportunities. 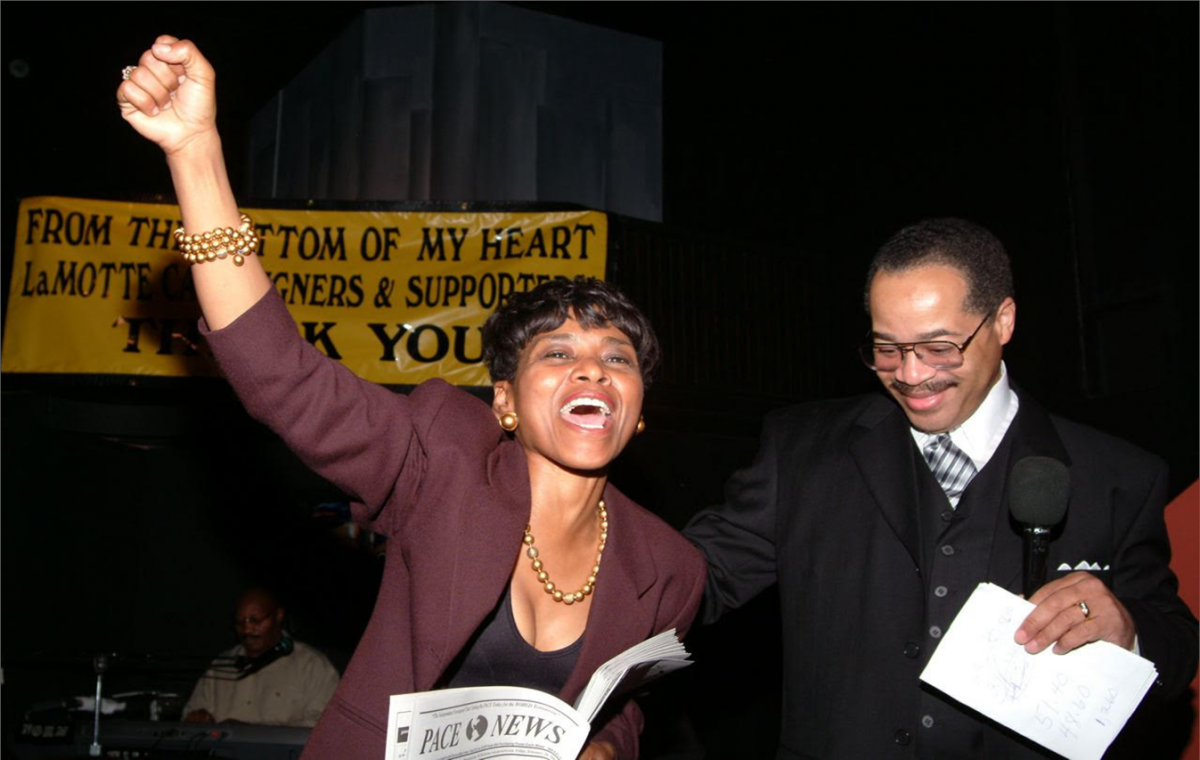 Me and Rev. Dr. Jewett Walker, a Black campaign manager, for Dr. Marguerite LaMotte, at her victory party when she won her first election for the LAUSD School Board seat the first time in 2003. Photo courtesy Jewett Walker

Here it is less than a week out from November 8 election day and still no ad dollars have been spent with the Black Press, at least not with this Black Press, who works collaboratively with California Black Media (CBM). I believe that is a sign of what we have to look forward to if either of them gets elected. When you can get away with allowing for the gentrifying of the Black communities, it stands to reason that the Black Press would be next.

This appear to be a pattern of disrespect and disenfranchisement with political pawns leading the charge. It is a sad day when you open a mainstream newspaper and read about how much money these candidates have raised to spend with every media outlets which are primarily white-owned and operated. The  Black press is not included. According to a Los Angeles Times report recently about the mayoral race, it said the money flowing has topped $100 million, with businessman Rick Caruso’s spending at nearly eight times that of Rep. Karen Bass and her supporters. This is why I say about Bass and Caruso the same thing that Kanye  said about George Bush, “Karen Bass and Rick Caruso don’t care about the Black Press.

These are the same grinning and skinning political hustlers who wants you to vote and to give them your allegiance but what do you get back but fancy hand waves and afterward they  go back into their well guarded private caves even after they tell the people to defund the police. It appear that I am not the only one, because I checked with several other Black-owned newspaper owners who also reported that they did not received a dime from either Bass or Caruso.

This is a crying shame and it is pretty much like taking the Black community for granted and disrespecting the Black Press as they gentrify their dollars with everybody but us.

The Black Press, the voice of the Black community is local, vocal, and loud.

We’ve been here since 1827  fighting on behalf of our communities yet the very people who claims to want our votes leaves us behind and without a dime. Bass’s camp uses a campaign agency called  Bergmann Zwerdling Direct who touts that they are known for winning campaigns but it appears they lack diversity because when I looked at their website I managed to find one Black man at the bottom.

When you turn on your  television there they are Caruso and Bass  talking about each and making promises about what they say they will do and yet here we are with boots on the ground and not one ad dollar for the Black Press can be found. Not from Bass or Caruso and that is a sad and sickening commentary that I refuse to bury on page 2 as we usually do because this is a bad pattern and I wanted to bring this reality straight to you the people  before they vote. Consider the issue and make your choice.