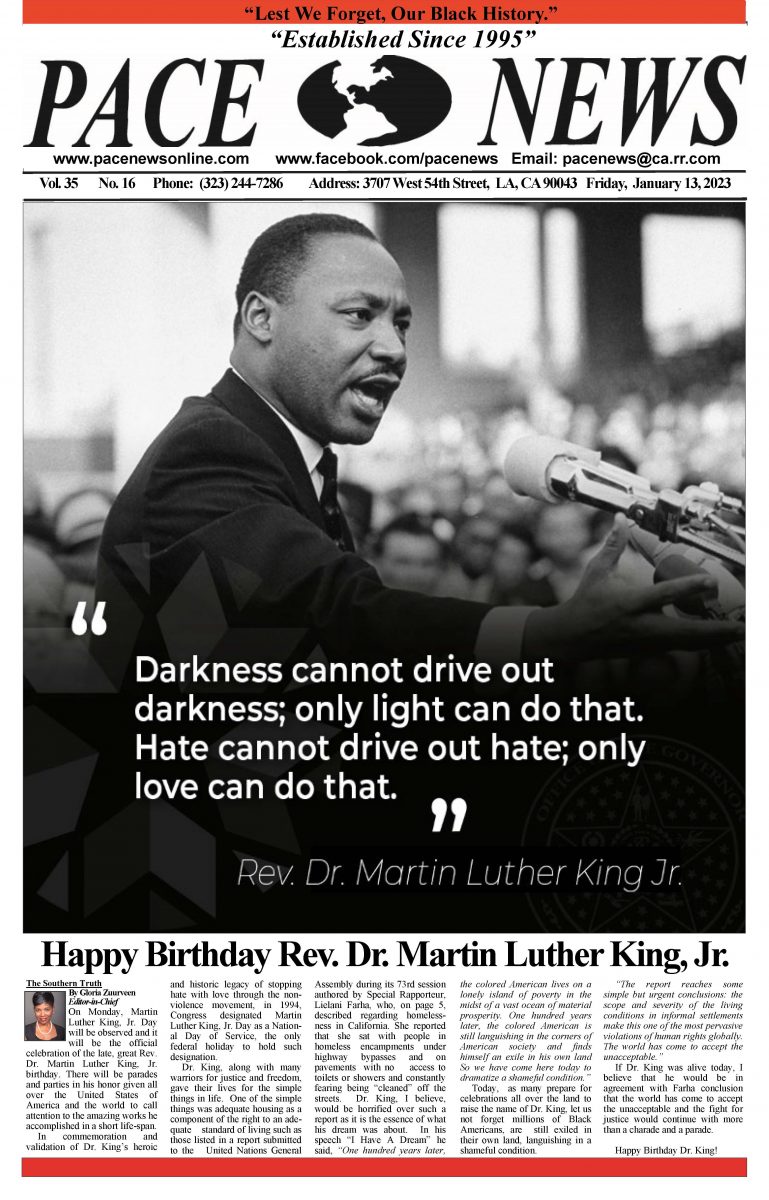 On Monday, Martin Luther King, Jr. Day will be observed and it will be the official celebration of the late, great Rev. Dr. Martin Luther King, Jr. birthday. There will be parades and parties in his honor given all over the United States of America and the world to call attention to the amazing works he accomplished in a short life-span.

In commemoration and validation of Dr. King’s heroic and historic legacy of stopping hate with love through the non-violence movement, in 1994, Congress designated Martin   Luther King, Jr. Day as a National Day of Service, the only federal holiday to hold such designation. Dr. King, along with many warriors for justice and freedom, gave their lives for the simple things in life.  One of the simple things was adequate housing as a component of the right to an adequate standard of living such as those listed in a report submitted to the United Nations General Assembly during its 73rd session authored by Special Rapporteur, Lielani Farha, who, on page 5, described regarding homelessness in California. She reported that she sat with people in  homeless encampments under highway bypasses and on pavements  with no access to toilets or showers and constantly fearing being “cleaned” off the streets.  Dr. King, I believe, would be horrified over such a report as it is the essence of what his dream was about.  In his speech “ he said, “One hundred years later, the colored American lives on a lonely island of poverty in the midst of a vast ocean of material prosperity. One hundred years later, the colored American is still languishing in the corners of American society and finds himself an exile in his own land So we have come here today to dramatize a shameful condition.”

Today,  as many prepare for celebrations all over the land to raise the name of Dr. King, let us not forget millions of Black Americans, are  still exiled in their own land, languishing in a shameful condition. “The report reaches some  simple but urgent conclusions: the scope and severity of the living conditions in informal settlements make this one of the most pervasive violations of human rights globally. The world has come to accept the unacceptable.”

If Dr. King was alive today, I believe that he would be in agreement with Farha conclusion that, “The world has come to accept the unacceptable.” and the fight for justice would continue with more than a charade and a parade.