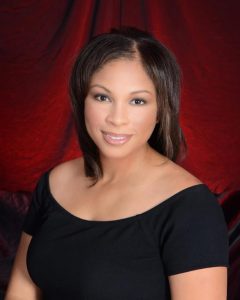 PACE NEWS, the Los Angeles Sentinel, Our Weekly, Inglewood Today and many other Black media owners in Southern and Northern California have one thing in common and its Regina Wilson, Executive Director, California Black Media (CBM) who spends countless hours advocating for all of them when it comes to fighting for economic equity, the dissemination of information, and public notices coming out of the State Capital in Sacramento or wherever black citizens’ tax dollars are being spent in California.

Wilson, is a fierce advocate for keeping her fingers on the pulse of public policies and their affect on the Black community in the State of California. She has a passion for ensuring that the Black press gets its equal share of advertising dollars as well as making sure that appropriate public notice language is included when writing up public policies because the public has a right to know how to access the millions, and in some cases, billions of dollars spent year after year in contracting and other proposed line items put forth through the California Legislature.

Speaking to her recently when requesting to write about her extraordinary work she has been providing on behalf of Black media owners and what motivates her especially in times like these during the COVID-19 pandemic she said, “The California Black Media  exists because we believe the role of local community newspapers are an essential part of our democracy. Being declared in the Constitution as the Fourth Estate gives us hope that the founders of this country understood the importance of a free press. All throughout history the free press has recorded daily and weekly historical events in local communities; however, it’s the Black press that offered a different narrative and insight that helped complete and tell a more accurate story relevant to the Black community.”

She continued, “I do what I do because the Black Press has had such an influence on my life and my experiences which has shaped and made me who I am today. Having parents as publishers allowed me to see the world with a different lens as a teenager I remember going to  media days for Disneyland, tagging along to community events, like Magic Johnson Mid-Summer’s Nights weekend and even attending school board meetings to countless people asking for news stories to cover discrimination cases to excessive police use of force like the Tyisha Miller shooting (an unarmed Black woman who was shot to death in her car in Riverside in the 90’s). Those experiences groomed me for the role I play today and the passion that I have for all publishers that do this work.”

“Our community, for so long, was ignored, so we created our own newspaper in order to plead our own cause. As a witness to these stories and more, I was encouraged seeing how these stories helped the people in our community. So I have made the commitment to ensure the legacy of  Black locally- owned media not only survive but to also thrive in the midst of  an abundance of  information,” said Wilson.

Wilson, in times like these, reminds me of the famous person and pioneering journalist Ida B. Wells, who according to the York Dispatch, recently received a posthumous special citation from the Pulitzer Prize Board “for her outstanding and courageous reporting on the horrific and vicious violence against African Americans during the era of lynching.” As Black media owners stand in the gap and call attention to economic injustice and other important issues like police brutality which in today’s world is tantamount to lynching during Ida B. Wells’ day, Wilson is on guard, ready, willing and able to dispatch a cadre of advocates and writers who contributes, not only to the Black press bylines, but also to the Black press media owners bottomline.

In closing, Wilson said, “I believe quality information is as important as the water we drink and the air that we breath. After all Ida B Wells said it best “The people Must Know Before they can act and there is no educator like the press.”