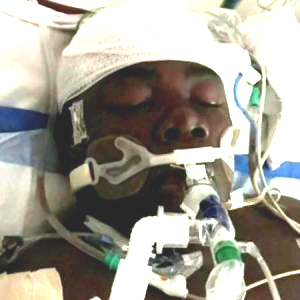 SOUTHFIELD, Mich.– PRNewswire/ — Nationally known trial lawyer Geoffrey Fieger, along with Jon Marko has filed today a $100 Million Dollar lawsuit against Sequel Youth Services and Lakeside for Children, among others, as a result of the suffocation death of Cornelius Frederick, age 16 on May 1, 2020 (25 days before George Floyd’s death),

The suit alleges that Cornelius was suffocated by a staff member, who placed his body weight on Cornelius’ back and chest for 10 minutes, restricting the child’s ability to breathe. As a result, Cornelius suffocated, and his brain suffered massive anoxic (lack of oxygen) damage.

“The State of Michigan has pulled the facility license. Governor Whitmer has recognized that Cornelius’ death was ‘senseless, intolerable, and heart breaking’.

The white attorney for the Defendants has a video of Cornelius’ killing and has refused to provide it to the family.

I will not rest until the death of Cornelius and other victimized children are vindicated at the bar of justice. The protection of our most vulnerable must be a top priority. Black lives matter. Black children matter.”

Fieger stated that the Defendant Sequel runs a series of youth facilities in other States, and has been previously cited for misconduct involving children. Fieger urged the Kalamazoo Prosecutor and Attorney General, Dana Nessel, to bring charges against those responsible for Cornelius death.

The suit was filed today in the Kalamazoo County Circuit Court.