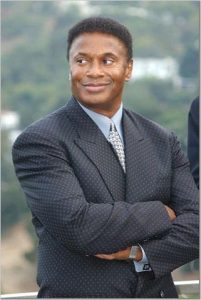 Yoo alleges online that the African American Voter Registration, Education, and Participation (AAVREP) – which was established in 2000 by Ridley-Thomas; the late civil rights leader John Mack; Rev. Cecil Murray, former Pastor of First AME, and members of SEIU 2015 – has spent relatively little of the money it has collected on registering voters. But Susan Burton, executive director of New Way of Life and advocate of AAVREP, says Yoo’s allegations are based on a selective reading of the organization’s expenditure reports, which do not reflect the full extent of its grassroot outreach efforts. “It is unfortunate that Ms. Yoo is denigrating a widely respected organization that helps register, educate and mobilize Black and minority voters each election cycle,” said Burton. 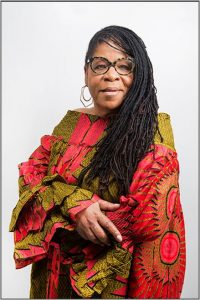 New Way of Life is dedicated to helping formerly incarcerated women re-enter society, which includes making sure they are registered to vote and take part in civic life. Burton credits AAVREP with being the bedrock of that process. Added Rev. William Smart, President of SCLC of Southern California, also an AAVREP partner:

“AAVREP’s efforts and accomplishments have never been more important than today, as we see Donald Trump and others on his side of the political aisle working overtime to suppress the Black vote. They know that the Black vote is going to be a key to the future of our country and the future of Los Angeles.”

The Rev. Smart said that Yoo’s allegations do not take into account the extended reach that AAVREP enjoys through affiliated groups. And it doesn’t recognize that before registering voters, it is necessary to educate them and build networks through faith-based and civic organizations to reach them.

Among its accomplishments, AAVREP has:

Meanwhile, AAVREP has won the backing of many prominent state, national and local political, civil rights and business leaders, who have backed the project with funds and volunteers.

AAVREP has also been involved in more than 17 major California political campaigns or projects.

Gene Hale, Chairman of Greater Los Angeles African American Chamber of Commerce, said that “founding AAVREP has been one of the hallmarks of Supervisor Ridley-Thomas’ career. “He has fought long and hard alongside us to overcome the political disenfranchisement of the African American community,” said Hale. “Under his leadership, AAVREP has registered more black voters than any other organization in California.

“Yoo’s attack on AAVREP’s integrity and impact is an affront to the African American community,” said Hale. “It is truly unfortunate and clearly out of step with the needs and wishes of LA residents.”