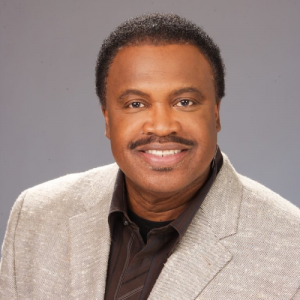 Bishop Kenneth C. Ulmer, senior pastor of Faithful Central Bible Church in Inglewood, California, is urging leaders in the black community to speak up about the importance of mental health to a culture he says is “crippled” with fear.

“I know very few men who don’t wince when they come to a red light or there’s a police car behind them,” he told The Christian Post. “There’s a fear of being misunderstood, harassed, or mishandled by the police. It’s very real.”

The influential author said he’s even encountered families who refuse to send their children to school — “not because of COVID but because of today’s climate and what seems to be the expendability of black men.”

“The nation is hurting and crippled with fear,” he said. “People don’t know what to do or where to turn. Radicals on both ends of the spectrum, both the left and right, have so infiltrated and contaminated the culture, that there is a real fear that now looms.”

But when “you zoom out to the faith community, you have another issue that’s even broader than this present fear.”

He explained that historically, there has been a mental health stigma in the black community. Mental issues are viewed as spiritual, rather than psychological, problems.

“It’s hush-hush in our culture. We’re more likely to pray about having a bad day than to realize you may be depressed and need professional help,” Ulmer said, adding he was a “grown man” before he heard terms like “bipolar” and “schizophrenia.”

“There’s an old song in the African tradition that says, ‘Take your burden to the Lord and leave it there,’” he said. “We feel as though we’ve done what we should do in response to what’s happened to us psychologically and emotionally when we pray about it. In other words, God’s going to take care of it.

“What we often fail to realize is that one of the ways that God heals us is through professionals. There are professionals who are instruments of God, who are anointed by God, who are gifted and trained by God to be the mediator of our healing and our getting better.”

“Our culture still has a long way to go to realize that,” he said. “I am optimistic that we’re moving beyond it. But we cannot do that, on our side, without acknowledging some of the hindrances of the past.”

The discomfort surrounding issues of mental health among black people can be traced back to slavery, Ulmer said, noting,

“It’s in the fabric of our culture and history.” “The goal of the slave was to make sure that the master doesn’t control your mind,” he contended. “Slavery was as much a mind control issue as it was about shackling our bodies. There was seldom a fence around the master’s plantation, but you knew psychologically there was a line there somewhere that you didn’t cross. A runaway slave would be one whose mind had been freed beyond that invisible boundary.”

That reality, combined with historical and cultural attempts at distancing demonic and spiritualist occultic practices, compels many in the black community to “stay away from anything that would have an influence on our minds,” Ulmer said.

“This problem is very multidimensional. It has to do with the dynamics of our culture, the historical, spiritual, and emotional dynamics.”

The first step in addressing mental illness in the black community, Ulmer said, is simply talking about it. He pointed to Luke 4:18, which reads in part: “The Spirit of the Lord has anointed me … to heal the brokenhearted.”

“Healing the wounded heart is a psychological issue,” he said. “That’s very important. We need to understand and then declare some of the realities of Scripture that we have overlooked for all kinds of reasons.

“We are called to do as a church to be involved in the healing of brokenness, broken hearts, broken minds, and broken spirits. What we must do from the black pulpit is help people to understand that God sends, equips, trains, and educates people to meet that need.”

The “mover and shaker” behind the mental health stigma is Satan, Ulmer said, explaining that the devil’s job is “to keep us out of and away from any and all things that fulfill the will of God in our lives.”

“The Bible gives us so many examples of demonic and satanic involvement in the minds of people, and how that healing comes through the vehicle of Christ and Christ-like figures,” he said. “God could have spoken from Heaven and healed these people, but in many cases, He instead chose to heal them through the humanity of Jesus, anointed by the divinity of Jesus.”

Society isn’t going to change, Ulmer said, adding that culture is often the “impetus of such fears, anger, and bitterness.” The onus, then, is on the Church to present to congregations a biblical perspective on mental health and remove the longstanding stigma surrounding it.

“The devil is never going to take a vacation,” he stressed. “So how will we respond to it? We need to be informed about what the Bible says about the multidimensional nature of deliverance. There is a spiritual dimension to this, but often the healing happens in the earthly realm.

“There’s a significant education element — spiritual, religious, and biblical education — of how does God fit into this whole equation? Our help does come from the Lord. But that help often comes in the form of men and women who are gifted and called and prepared to be our agents of healing. We need to be talking about this from the pulpit.”