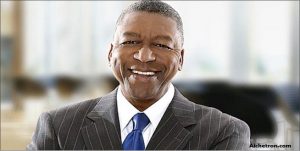 After reading an article recently at Forbes.com about “Was your PPP Loan ‘Necessary’? If Not, There Could Be Horrible Repercussions by contributing writer Alan Gassman, I was concerned about the potential for many African American small business owners to be caught up in the criminal justice system through no fault other than seeking help to stay afloat after being shut down by the government due to the COVID-19 pandemic. I was concerned that, like in 2008 when many blacks were pushed out into the streets due to predatory lending, this could turn out to be a similar scenario.

So I thought to give Mr. Robert L. Johnson, a businessman worth billions, a call. He is one who knows from experience about building and sustaining a business in times like these. Mr. Johnson, the Founder and Chairman of The RLJ Companies, in 2007, was named by USA Today as one of the 25 most influential business leaders of the past 25 years.  Prior to establishing the RLJ Companies, he was Founder and Chairman of Black Entertainment Television (BET) of which he sold in 2001 to Viacom for approximately $3 billion making him the first black billionaire in America.

To answer my questions I had about the government PPP loan, Mr. Johnson said “Gloria, in a post-COVID-19 world the small, minority-owned businesses, those with 2 to 3 employee, what they really need is capital investments to drive productivity, cost efficiency and a movement toward profitability.”

Mr. Johnson said, “A loan does not help a business that’s on edge of not being able to pay the loan back on day-to-day or on a month-to-month basis. They can’t grow if they have to pay back under terms, because the bank requires that any dollar that is increased in the business has to go back to pay back the loan first and to service the loan rather than to invest in new capital expenditures and investments that can make the company more productive.” “So loans for very small for what I call microbusiness really don’t work and so I think the emphasis should be on what I call “Investment in Productivity” in the form of grants to get the companies to a position where their moving and getting to profitability and they will have excess revenue to help them invest in growth.”

Mr. Johnson wanted to make sure that I understood the difference in small business owners and  minority business owners. He said, “I think you have to separate the two.”

“Almost all minority businesses have been funded by what I call friends and family lending them money. Your cousin, your uncle and your aunt help you start your business and that’s how you got started whereas, most small businesses owned by white individuals they have the ability in securing and borrowing because they owned a home or they had savings and their retirement funds or they had relatives who were far better off than African Americans,” He said. “You got to understand that the average net worth of a white household is abut $113,000 and the average net worth of an African American is about $13,000 ten times less.” “So you see the disparity in access to capital flowing through majority-owned small businesses because they have more access to capital from the beginning so they can borrow and where in an African American small business their capital investment to start and sustain a business is razor thin.”

During a pandemic, it is even harder because those from whom African Americans are use to borrowing from such as family and friends they too are dealing with COVID-19 and are short on resources.

He said also that many business owners never had a relationship with a bank and do not have access to capital to meet their obligations. As solution to the problem,  Mr. Johnson said, “I propose that a “Property Improvement Program” be established in the form of grants on a national level and on the local level where you invest in equipment and capital expenditures of things that help companies become more productive and therefore move toward profitability.”

He gave an examples of what he thinks should be done. These are not laws but they should be tailored to people where I can help with an investment of grant money would go to help somebody move their business toward profitability by making them more productive.” He said big companies do this all the time. They invest in capital expenditures, to reduce cost, make them more efficient and therefore drive revenue to the bottom line.

He said for example a woman in Los Angeles has a great beauty parlor. She has two sinks that help her wash hair and get it ready for whatever they going to do but she only has two but she has a clientele that is lined up and she could make more money if she had two more sinks which would entail her getting a plumber to install two more sinks for two more stylists that would cost her around $5,000 which she can’t borrow because she doesn’t have a relationship with a bank but if there was a “Property Investment Program” that will fund or buy her two more sinks and put them in her shop, all of a certain now all of those people who were waiting to get their hair washed are now getting it done. He said now more capital is coming and her customers are no longer asked to wait in line. They can get in and get out to do what they want do and all of a sudden she has more revenue. With more revenue, she can now spend money to maybe advertise more, she can now invest in hair cream that people will buy because she has more capital to do it. “That is what she needs.” “You don’t have to give the money to her.” What she needs is this organization or this fund who will say “Ok, you tell us what you want. Tell us the plumber you want to deal with or tell us the place you want to buy it and we go ahead with the funds from the “Property Improvement Program” and buy,” he said.  “Now she is focused on growing her business.

Mr. Johnson said, “Capital that comes into a small business is like capital that comes into a large business. When you invest it into more productivity all of a sudden whatever comes in can help the business owner be more productive then they can apply capital to other investments elements. That’s what minority small businesses need.” He said it’s about putting money where you will grow your business. It is not necessary to be in a bank account and if a minority business doesn’t  have a bank account they have to open one and the interest rates on money now is almost nothing so why leave it in a bank. What you need is someone to invest in improving your productivity which moves you toward profitability.”

Now, more than ever, the Black community, who appears to have been shut out of the SBA PPP loans on a large scale need to take Mr. Johnson’s investment idea of creating the “Property Improvement Program” through investment grants that will not have to be paid back.

The funds will be put into expenditures that leads to productivity and ultimately financial profitability and once reached it is likely a business will remain profitable because now the minority business owner knows how to manage a business, they know how to deploy capital and they now have a customer base.

In closing, I asked Mr. Johnson what he thought the role of the Black Press should play in speaking to Black voters during this presidential election. He said he is a firm believer that Black voters should go back to the philosophy that was enunciated when the Black Caucus was originally formed in about 1972 when former Congressman William Clay from Missouri enunciated that “Black Americans should have no permanent friends, no permanent enemies, just permanent interests.” “No permanent friends (Democrats), no permanent enemies (Republicans), just permanent interests.

He continued, “Whoever engage Black voters and Black peoples to advance their permanent interests that’s who we  should look to support and trade our votes for their commitment to our permanent interests.” What we should do since we are such an influential voting bloc in any presidential election or congressional election we should look at our vote as advancing our permanent interests. Not emotional interests, not because you did this for us before, not because you’re Democrat , you’re Republican, an Independent or whatever it is. The question should be “Does my vote enhance my permanent interests?” What that means is that you got to engage both of them. You got to press the Democrats to do what they do. You got to press the Republicans and say if you want to change our mentality from being a voting bloc for the Democrats put your cards on the table and lay out for us what you going to do and if we like it we’re do it. Say to the Democrats “the Republicans put this on the table if you want to keep us comp it and if you don’t do it we have the right to decide how we will vote.

Every group in America for the most part does that. Business does it. Organizations do it. Nongovernmental organizations  do it, charities do it.