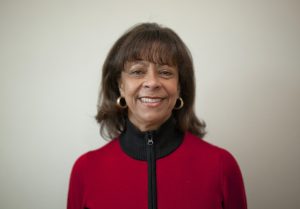 Closing a neighborhood school without collaborating with parents, school staff, and the neighborhood only invites strong pushback from the groups not included in the decision.

This is the path the Inglewood Unified School District (IUSD) took when it decided to close Warren Lane TK-7 Elementary School. The school serves predominantly African-American students in the Morningside Park community in the city of Inglewood.

On Monday June 8, IUSD notified teachers of the closure via a Zoom call. The next day, parents received a letter informing them that Warren Lane was going to be closed. By Friday, June 12, the resolution to close the school was approved at a school board meeting.

For the Warren Lane teachers and staff, closing the school for most of them means reassignment to other Inglewood schools. For the students, it means leaving a familiar, safe environment and friends, teachers, and staff. For parents, they are scrambling to find a suitable school for their children to attend. The timing could not be worse. Because of the pandemic, there is no way to visit area schools to see what they have to offer. For the middle class residents living next to Warren Lane, formerly called Daniel Freeman Elementary, after forty years of being neighbors to the school, they are worried about what IUSD will do with the property.

The day before the school board planned to officially approve closing Warren Lane, county administrator Erika Torres scheduled a Zoom meeting for one hour with the parents. Allotting just an hour in a virtual meeting is not enough time to gain consensus on such an impactful decision.

School board President D’Artagnan Scorza assumed the task of explaining why Warren Lane was being closed.  IUSD is in receivership and experiencing financial challenges. According to Scorza, the school had to be closed because of declining enrollment, which led to its facility not being fully utilized.

The virtual meeting quickly deteriorated when Scorza opened it to questions. He controlled who asked the questions, and when he heard remarks he did not like, he cut the person off or told them they were out of line. Naturally people were upset their school was being closed and wanted to be heard.

Dionne Faulk, school board Vice President and Trustee Area 1 representative where Warren Lane is located, listened quietly while Scorza excoriated her constituents. Not only did she fail to defend her constituents, she broke their trust by letting the school district blindside them by closing their school without any warning.

After the Zoom meeting which attracted up to 200 viewers, some parents and neighbors felt disrespected. Some were angry. Most had not been convinced that the school should be closed. And rather than quietly accept what they were told was a “done deal,” some who had logged on to the meeting got together and started to organize a campaign to change IUSD’s decision to close Warren Lane.

A group called F.R.E.E – Fighters for the Right to Receive Equitable Education formed by teachers as well as Warren Lane parents, grandparents and neighbors is circulating a petition on Change.org – “Keep Warren Lane Elementary School Open.” So far, they’ve collected over 1700 signatures.

As a past President of the Inglewood Unified School District Board of Education, I want to apologize to parents and neighbors of Warren Lane for how the decision to close the school was handled. The school board knows better than to endorse this kind of decision without adequate community input and providing advance notice. Because IUSD is under state receivership, its actions are being observed and graded by the Fiscal Crisis Assistance & Management Team (FCMAT). In order to exit receivership, IUSD needs to earn high marks from FCMAT in community relations.

Scorza failed in his presentation to say how much money IUSD would save by closing Warren Lane. That’s probably because the amount of budget savings doesn’t make a strong argument for such a drastic decision. In addition, projected savings depend on how many Warren Lane students go to other Inglewood schools. If too many students leave the school system because their parents are upset by how the school closing was handled, IUSD ends up losing, not saving, money because state funding follows the student.

Also, there is potential for IUSD to lose even more money because a campaign to recall board member Dionne Faulk for failing to look out for her Trustee Area I constituents is being discussed. If it is pursued, IUSD will have to pay the recall election costs.

I want the Warren Lane community to know that I stand with them asking that the school be kept open. The California Department of Education has a process for closing schools that relies on community engagement. It’s time for IUSD to adopt it and try to regain the trust of the school district community.

I’ve heard that Torres, while new to the area, cares about the Inglewood community. Now that she’s seen firsthand the passion the community has for keeping Warren Lane open, she not only has incentive to find a solution to keep the school open, but can expect help from the community to implement whatever plan she develops.