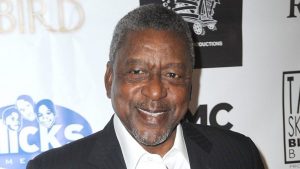 Johnson, the first black billionaire in the United States, has put a price tag on the debt America owes to African-Americans at $14 trillion.