Proposition 15, the “Tax on Commercial and Industrial Properties for Education and Local Government Funding Initiative,” is on the Nov. 3 ballot in California. 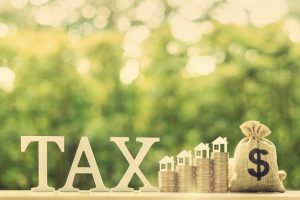 The initiative has caused proponents and opponents in the Black community to draw battle lines. Each side has dug in, pointing to the benefits or the dangers of Prop 15 in opposing efforts to win the hearts, minds and votes of African Americans and other Californians. If passed, Prop 15 would overturn Prop 13, a provision that has for 42 years now placed a hard limit on how much tax can be assessed on any property in the state.

“The property tax hike on the November ballot will hurt minority communities — causing more gentrification, killing jobs, and increasing the cost of living for working families. We are proud to stand in opposition to the largest property tax increase in state history,” said Alice Huffman, President of the California-Hawaii Conference of the National Association for the Advancement of Colored People (NAACP).

“Despite the grand illusion presented by the initiative’s proponents, no protections exist to ensure a dime of these tax dollars is actually spent on helping lift our communities out of poverty,” Huffman continued.

San Francisco Mayor London Breed, the first Black female and second African American elected to the position, supports Prop 15, which would fund local governments in the state as well as provide more cash for public schools and community colleges.

“When I look at our dire budget deficits over the next couple of years, and then I see these revenue estimates showing how much we can invest in our community without having to raise any taxes on residents, it makes it more important for me to give my full support on this initiative,” Breed said.

The California Legislative Analyst Office estimates that, upon full implementation, the ballot initiative would generate between $8 billion and $12.5 billion in revenue per year. Of that projected revenue, 40 % would be allocated to schools. The other 60 % would fund local government.

At the state level, some of the Black policymakers who support Prop 15 are Sen. Holly Mitchell (D-Los Angeles), Assemblymember Kevin McCarty (D-Sacramento), and State Superintendent of Education Tony Thurmond.

The politicians, former and current, have picked their sides. But the power to decide whether or not commercial and industrial properties should be shielded like residential properties are by Prop 13 lies in the hands of California’s voters.

In 1978, voters in the state approved Prop 13, which required that residential, commercial and industrial properties be taxed based on their purchase price. Under that constitutional amendment, taxes are limited to no more than 1 % of the purchase price (at the time of purchase), with an annual adjustment equal to the rate of inflation or 2%, whichever is lower.

In California, market values tend to increase faster than 2 % per year, meaning the taxable value of commercial and industrial properties is often lower than the market value, according to the state Legislative Analyst’s Office.

The ballot initiative would make an exception for properties whose business owners have $3 million or less in holdings within California. These properties would continue to be taxed based on their purchase price.

Former state Assemblymember Gwen Moore told California Black Media that Prop 15 is a “bad idea,” and that African American proprietorship will falter under the “tax burden” it imposes.

Moore is currently the founder and Chief Executive Officer of GeM Communications Group, a Los Angeles-based firm that works with clients to develop and implement public affairs, legislative strategies, and community outreach programs.

“Black-owned companies will be some of the hardest hit by eliminating Prop 13 protections for small businesses and entrepreneurs, Moore said. “They are certain to face higher rents and skyrocketing property taxes that many cannot afford. At a time when we should be supporting small businesses, this massive property tax increase is a bad idea.”

Rex Hime, President of the California Business Properties Association, also stated his resistance to Prop 15, saying, “California already has the worst climate for business and job creation in the country. A split roll property tax will just increase pressure on many businesses that are already finding it hard to make ends meet.”

On the contrary, proponents contend that top corporations in the state benefit unfairly from Prop 13 and that Prop 15 would force them to pay taxes that correspond with the market value of their properties.

“We’re asking for companies like Disneyland or Universal Studios that make huge amounts of money to pay property taxes based on fair market value — the same thing that homeowners and, frankly, most businesses have to do,” said Josh Pechthalt, President of the California Federation of Teachers.

Prop 15 could not only affect small Black businesses in the state that mainly rely on renting or leasing, opponents argue. There could be a spike in home prices, too, according to building industry insiders.

Developers across the state, including the California Building Industry Association (CBIA), recently announced their opposition to Prop 15. CBIA says that Prop 15 will reduce the supply of housing for Californians, especially the state’s most needy, and lead to higher rents and home prices.

“California is experiencing a housing affordability crisis. Millions of families are recently unemployed and at risk of being homeless. Proposition 15 makes the current crisis worse by discouraging new home construction at the worst possible time,” said Dan Dunmoyer, president and CEO of CBIA. “If California wants to resolve the state’s housing affordability crisis, the first step must be to reject Prop 15.”