Eric Garner’s mother Gwendolyn Carr says, for Black Men, selling a single cigarette, known as “loosey,” can lead to an arrest, a prison sentence or even death.

Six years ago, a police officer put her son in a chokehold and strangled him to death for allegedly selling illegal cigarettes on Staten Island, a borough of New York City.

Now, Carr is speaking out in a new video against California Senate Bill (SB) 793, which she says will create the same circumstances – the illegal sale and use of menthol cigarettes and aggressive, racially-biased law enforcement — that led to her son’s death. If the Senate passes the bill and Gov. Newsom signs it into law, it would ban the sale of menthol tobacco and other flavored cigarette products.

“A new law would criminalize menthol cigarettes, which Black people smoke almost exclusively, giving police officers another excuse to harm and arrest any Black man, woman or child they choose,” Carr says in the video opposing SB 793. “A bad law has consequences for mothers like me.”

Carr is not alone in her opinion of the bill. Across California, there is opposition to SB 793, which, if passed, would become the country’s strongest restriction on flavored tobacco products, including Newport, Kool and Salem cigarettes — three brands Blacks disproportionately smoke.

Old and young, faith leaders, retired law enforcement officers, and civil rights activists came together to protest SB 793. At protests in Los Angeles and Sacramento on Aug. 20, they called out the inherent discrimination coded into the language and spirit of SB 793, which California Sen. Jerry Hill (D-San Mateo) authored.

“The goal of this protest is to ensure we are heard,” said Rev. K.W. Tulloss, President of Baptist Ministers Conference Los Angeles and co-founder of Neighborhood FORWARD, a community-based social action organization. “SB 793 is a bad bill that’s not good for California. The unintended consequences of this legislation are real. Bills like this take us backward.”

But on the same day of the protests, the Assembly Appropriations Committee passed the bill, sending the bill to the full Assembly for consideration.

The rallies were two in a series of three held against SB793. The first one was held in front of the home of California Assembly Speaker Anthony Rendon (D-Lakewood).

Like Carr, people and organizations that oppose SB 793 say it is discriminatory because some adult tobacco products — those preferred by Whites – are exempted from the ban.

Meanwhile, the tobacco products preferred by African American adult smokers, menthol cigarettes, are included in the ban. Exemptions in SB 793 include shisha tobacco, which is used in hookah water pipes, premium tobacco, and loose-leaf tobacco.

The retail sale of flavored handmade premium cigars with a minimum price of $12 are also not prohibited under this bill.

Some California residents say that the exemptions for certain kinds of tobacco nearly mirror laws that unequally penalized people for selling or possessing the same amounts of crack cocaine and powdered cocaine.

In 1986, the federal government passed the Anti-Drug Abuse Act, which mandated stiffer punishments for people who sold crack cocaine, the rock form of the drug, which more Blacks used. Penalties for possessing or distributing cocaine powder, preferred by Whites, were much lighter. Distributing just five grams of crack triggered a federal mandatory minimum prison sentence of 5 years. But it required 500 grams of cocaine for a distributor to receive a federal prison sentence of the same length of time – a 100:1 disparity.

Law Enforcement Action Partnership (LEAP) and the National Organization of Black Law Enforcement (NOBLE) agree that the bill has a racist element to it. They say the bill demonstrates clear discrimination and preferential treatment between two tobacco products preferred by two different cultural groups.

“We will not and cannot stand for more policies that resemble another Black tax yet find a way to make concessions and amendments for certain groups,” Rev. Tulloss said. “Hookah is exempted, yet menthol cigarettes are not. The Speaker can make this bill fair and that’s all we’re asking.”

Existing law prohibits a person from selling or otherwise furnishing tobacco products to a person under 21 years of age. It also prohibits the use of tobacco products in county offices of education, on charter school or school district property, or near a playground or youth sports event.

The coalition of SB 793 supporters include the Office of Lieutenant Gov. Eleni Kounalakis, the Tobacco-Free Kids Action Fund, the American Cancer Society Cancer Action Network, the American Heart Association, the American Lung Association, and the Common Sense Kids, who are all bill sponsors.

“SB 793 coauthors, cosponsors, African American thought leaders in government, health, the faith community, science, the arts and among our youth, as well as other supporters, have provided strong counterpoints to the obfuscation,” Hill stated. “We are confident that together we can ensure the strongest tobacco control restrictions in the country become California law.” 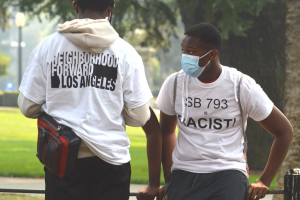 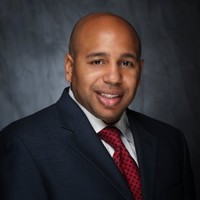 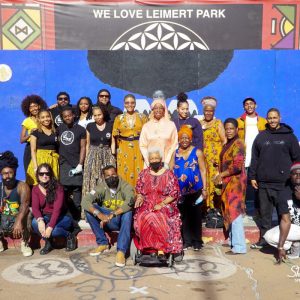