Now more than ever, California’s Black community and other communities of color need accurate news to make certain that our families are educated about their health and their rights during COVID-19 and the current uprisings. Black media and other ethnic media outlets play a key role — and right now, they need support to continue their vital work.

While our organizations, the Southern California Black Chamber of Commerce and The Greenlining Institute, advocate for a broad array of small business issues for all people of color through the Greenlining Coalition, we want to call special attention to the role of Black-owned media in the current moment. We can’t overstate the role that Black media play in not only providing people of color with high-quality news produced by our own communities, but also in taking ownership of our own stories and narratives.

Today the Black community makes up about a little less than six percent of California’s population but is vastly overrepresented in everything from COVID-19’s impact, to over-policing, to homelessness in a state which prides itself on progressive values and governance. To be blunt, the mainstream media often get to these stories late, and too often get them wrong. We need media sources owned by and serving the Black community and other underserved groups to ensure that communities of color have the real facts and real stories needed to make change everywhere from the state capitol to their own local city halls. 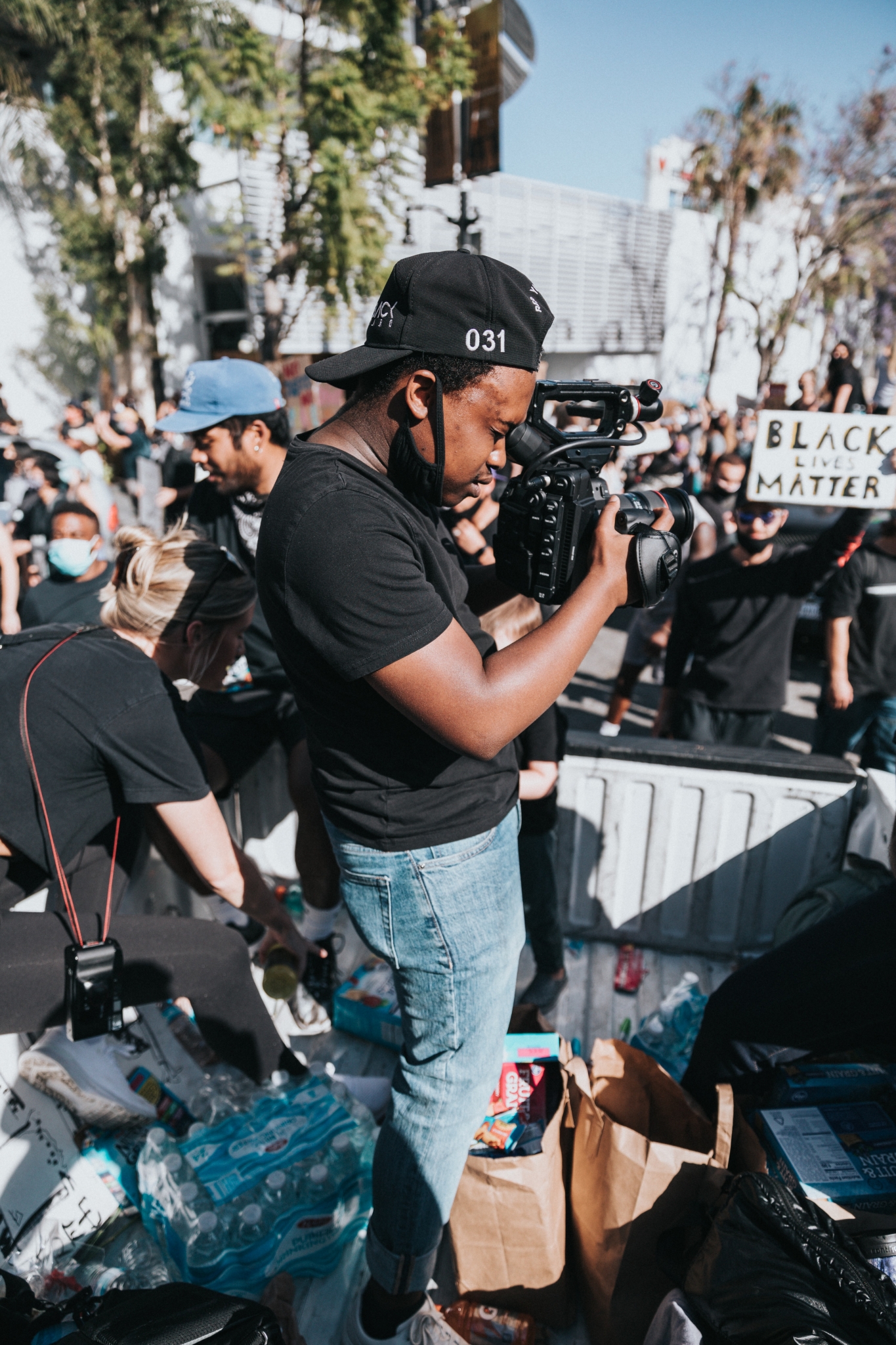 BLACK MEDIA AND OTHER ETHNIC OUTLETS PLAY A CRITICAL ROLE

Media companies owned by people of color, or “minority media,” as they were called until people of color became California’s majority population, have gained enormous ground. However, decision-makers in many board rooms and elsewhere too often perceive ethnic media as an “alternative” source rather than as a mainstream conduit of information. Today, this perception is incredibly outdated and simply inaccurate.

To be clear, we are talking about investment and not charity. As Neilsen found in 2019, the Black community spends approximately $1.3  trillion annually. For comparison, that is more buying power than The Netherlands, Switzerland, and Indonesia combined. If major corporations and banks want the Black community’s business, they should in turn do business with the Black community and Black-owned businesses, including Black media. Newspapers thrive on advertising dollars and, based purely on the math, the private sector should be heavily invested in the outlets that do the best job of reaching the Black community.

Many rightly argue that mainstream media outlets can do a better job of reporting on the Black community. But these larger organizations have their own struggles and simply cannot fill the vital role that the Black media play.

According to Pew Research Center, “more than three-quarters (77%) of newsroom employees,” are White and newsroom employees are more likely than other industries to be male. This leads to an overdependence on White sources and a general prevalence of White perspectives in news reporting.

Larger outlets can and should address these deficits, but even in the best-case scenario it won’t happen overnight. Because of the propensity of the so-called “mainstream” media to overlook diverse voices, ethnic media offer context and perspectives that the mass media regularly miss.

Some may assume that people of color can simply rely on social media for more targeted news. This assumption is both wrong and could have severe negative consequences for the Black community and others. Sadly, the social media universe is a hotbed of misinformation and conspiracy theories. For example, Wall Street Journal noted in April that sites followed by millions of people on social media have “touted high doses of vitamin C and silver particles as able to cure the [corona]virus,” which is blatantly false, while CNBC reported that a study in the UK found that “58 percent of those who had gone outside with COVID-19 symptoms use YouTube as their main information source.” Things have gotten so bad that On September 16, the NAACP and Color of Change organized a daylong boycott of Instagram (which is owned by Facebook) through the Stop Hate for Profit Campaign.

In a recent CapRadio/Valley Vision poll of the greater Sacramento region, almost seven in 10 Black respondents said they trusted social media to provide them with information, while only three in 10 White respondents answered similarly. In the same story, Capital Public Radio quotes Flojaune Cofer, an epidemiologist at Public Health Advocates, noting that “the messenger does matter, especially in a community where there’s been historical trauma, and where the authority figures don’t always have a lot of trust. But there’s still an appeal to authority that happens even in the Black community, it’s just they want to hear from authority figures and experts who look like them.”

In California, where the Black community has suffered disproportionately from the pandemic and mounting recession, it is more important now than ever that Black media tell stories about the Black community based on reporting from Black journalists. The same is also true for other diverse communities, especially those with large immigrant populations. 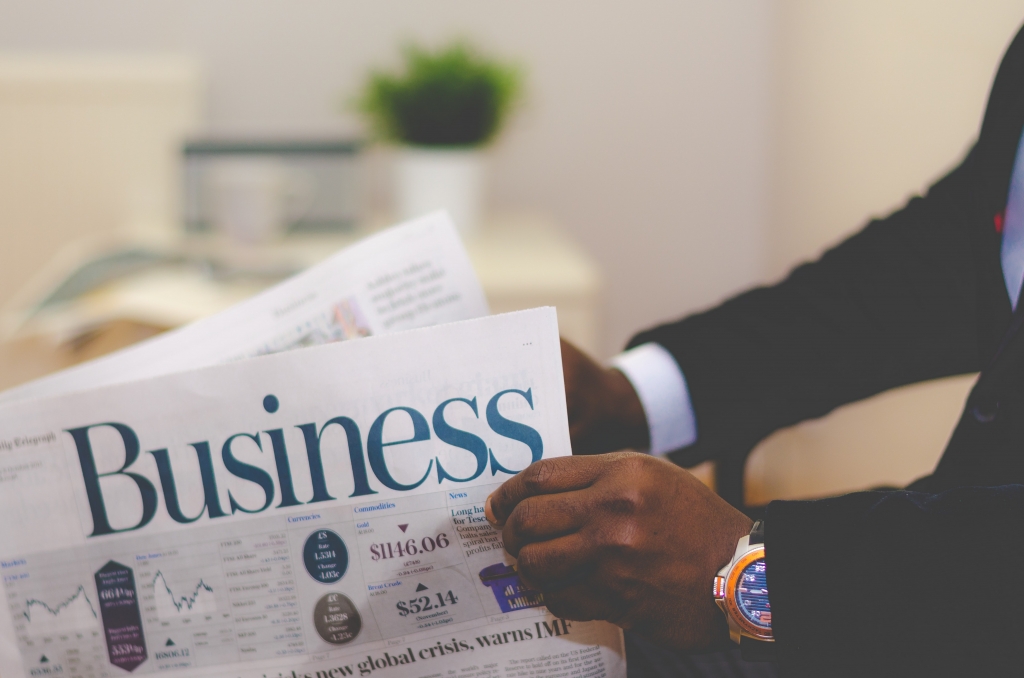 HOW TO SUPPORT BLACK MEDIA

While the problems facing Black-owned media and other ethnic media are systemic and include everything from a difficult economic landscape for even the largest newspapers to a consolidation of media in general, they are not overly complicated. As Denise Rolark Barnes, chairwoman of the National Newspaper Publishers Association which represents 211 Black-owned publications nationwide noted in the Columbia Journalism Review, “the issue boils down to money.” There are straightforward, concrete steps that elected officials, private sector leaders, and normal Californians can take to address this issue.

First, here in California, voters can approve Proposition 16 on the November ballot, ending an embarrassing, wrongheaded policy that has cost businesses owned by women, Black Californians, and other diverse groups more than $1 billion in public contracting. Prop. 16 could be a game-changer for Black-owned media in California and hopefully open more opportunities to compete for billions of dollars of state procurement.

If and when a second federal economic recovery package comes out — and it should — it must include funds targeted directly at Black media and all media owned by and serving diverse readers. As the North Dallas Gazette, a 30-year-old Black-owned newspaper put it, “Black Press — and community-based publishing in general — has been largely left out of the $350 billion stimulus and Paycheck Protection Program packages.” That cannot continue for future recovery packages.

Also, large financial institutions, including both traditional banks and non-bank lenders, have an obligation to invest and contract with the diverse businesses in the communities that drive their profits. This investment must include small- and medium-sized Black media outlets. This is not charity or a handout, but an opportunity for banks and other lenders to directly reach potential customers that are often passed over by firms that have no connection to the community they are attempting to reach.

Finally, as journalist Chida Rebecca noted in an article earlier this year, when The Freedom Journal, the U.S.’s first Black newspaper, was founded in 1827 in New York it’s founders put forth that, “Too long have others spoken for us. We wish to plead our own case.” It is simply not enough to have stories written about communities of color. Now more than ever the Black community, along with AAPIs, Latinx, and other underserved communities must receive the public and private support needed to tell our stories, with our voices and our truths.

Willie Ellison is a Board Member and Director of Media and Corporate Partnerships at the Southern California Black Chamber of Commerce. He has been a business owner and advocate in the media/marketing industry for over 30 years of experience.  Adam Briones is Greenlining’s Economic Equity Director. Follow him on Twitter.