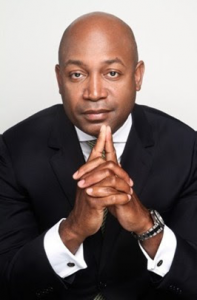 NEWARK, N.J., /PRNewswire/ — Jacob Walthour Jr., the founder of New Jersey’s first and largest Black asset management firm, Blueprint Capital Advisors, is garnering widespread attention for the work his firm is doing for clients and New Jersey’s Black community. He was recently recognized as part of the NJBIZ ‘Leaders in Finance Awards’ and the ROI Influencers ‘Power List 2021.’ He is no stranger to recognition having been named by Black Enterprise Magazine as one of the Most Influential Blacks on Wall Street.  Walthour sited for tireless efforts to promote equity in New Jersey including lawsuit against Governor Phi Murphy. “I am the son of two parents who never graduated high school yet went on to run a successful, community-based business for over 30 years,” Walthour said. “While they did not achieve educational accolades, they inspired in me a passion for education, entrepreneurship and service. Everything that I do is about providing a return on their investment and showing young people that it doesn’t matter where you start, it only matters what you do with that which you have been given. I am humbled to accept these awards in my parents’ honor.”

According to its website, ROI Influencers’ ‘Power List’ rankings include the 30 most influential people in the state, as well as the most influential people in 14 individual sectors or categories. Walthour was recognized in the Banking & Finance sector. The publication specifically mentioned his advocacy for racial justice: “Co-founded what has grown into one of the nation’s largest Black-managed financial advisory firms and is tireless in promoting the need for more diversity in finance — including suing Gov. Phil Murphy’s administration for not opening the state’s investment arm to more firms of color.”

In 2020, Blueprint Capital sued Murphy, Treasurer Elizabeth Muoio, Division of Investments Director Corey Amon, Larry Fink’s BlackRock, OwlRock Capital, Cliffwater LLC and others for fraud, discrimination, and retaliation. Walthour is an accomplished financial executive with over 30 years’ experience in capital markets, investment banking, traditional and alternative asset management. Prior to founding Blueprint Capital Advisors, he served as Vice Chairman of Product and Business Development in the investment management division of Cowen & Company. He previously served as Managing Director of Cliffwater LLC and was also a Partner and Managing Director at Citadel Investment Group.

He serves on several corporate boards including Parkview Capital Credit, Inc., Transportation Demand Management LLC. and chaired Ebony Media Holdings through its recent sale.  He has also served on the boards of several non-profit and philanthropic organizations. He currently serves on the Investment Committee for $7 billion Margaret A. Cargill Philanthropy.  He has served the Investment Subcommittee of the Girl Scouts of the United States of America and was a Director of the Robert F. Kennedy Center for Human Rights, Trustee for the New York Foundation for the Arts, Director of New York Cares and Trustee of the ECLC School for children and adults with learning disabilities.