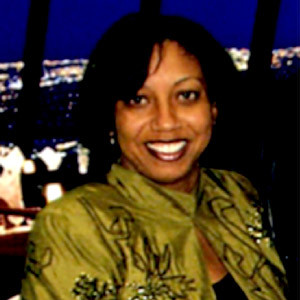 “Maria Taylor, a reporter at the center of a racism controversy at ESPN, has spoken out after her colleague, Rachel Nichols, was dropped from coverage of the NBA finals.”

The above quote was taken from an article written by Gino Spocchia, reporter for Indpendent.co.uk, about the heated controversy ESPN finds themselves embroiled in regarding two of their star reporters who were allegedly slated to cover the NBA finals.

While ESPN is dealing with it highly-rated television show, the California Black Media (CBM) is focusing on a national women’s organization called NAWBO. 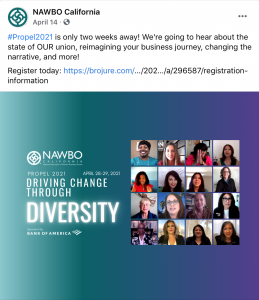 WOW! There seems to be a pattern of “Karens” with loose tongues expressing their true feeling about Black women and in Charlotta Carter’s case who is a California-based member and President-CEO of GRI  Technology Solutions and president-elect of the NAWBO-San Francisco   Chapter, according to LeGardye’s report, she resigned her position in a letter to the NAWBO membership and her resignation was soon followed by another Black woman, Vikita Poindexter, stepping down from a NAWBO leadership role.

A CEO of Poindexter Consulting Group and president of NAWBO-California, Poindexter also accuses the group’s leadership of racist actions and statements.  NAWBO’s trademark says, “Get a seat at the table or build your own table, and make sure to include other women™” encompasses NAWBO’s mission and vision but these two women, Carter and Poindexter resigned from the organization accusing it of the illusion of inclusion.

This organization which was founded in 1975, is touted as the unified voice of over 11.6   million women-owned businesses in the United States representing the fastest growing segment of the economy.

She wrote, “I’m humbled to be asked to join but find that there is a true disconnect with the overall NAWBO set of mission and goals and what I believe and need as a Black business owner to be part of the organization. NAWBO’s strategy and vision IMHO (in my honest opinion) does not value diversity and cannot see the uniqueness of Black-owned businesses — challenges that are far beyond other demographics.” Carter shared with CBM details of an April 30 racist incident she encountered. She said, “In bringing draft legislation to NAWBO National and to the incoming  president, Susan Dawson, she was very offended that we included language in the draft bill to help address African American       women-owned small businesses earning $50,000 or less. She was very offended, and said, ‘If we’re going to just focus on African American women, we can’t support this. Besides members of NAWBO, we’re tired of focusing on African American women’s issues. So, needless to say, the meeting went downhill from there.” Carter continued, “Dawson’s first statement that ‘members of NAWBO are tired of supporting African American women’s issues,’ was her truth. And anything that came after that was total BS. So, any apology would ring hollow to me because she really wouldn’t have meant it. So, I’m happy if they do something about it and they do some soul searching and realize that they’re more of a racist organization than they think they are, that would be great. And if they don’t do anything then I know I made the right decision by distancing myself from them.” In an email  obtained by CBM, NAWBO National leadership said that they were taking Carter’s allegations seriously, and that they had convened a special task force to investigate her claims.

The letter reads, “As a national organization with local footprints, we must in principle and in practice, be inclusive, diverse, respectful and equitable to all members.” Carter told California Black Media that she is still confident in her decision to leave the organization, and that she was skeptical of the organization’s   future regarding their diversity and inclusion initiatives.

A call was made to speak with Becky Regan, NAWBO media representative, left message to return call with no response by press time.

Carter’s decision to leave the organization due to corporate Karens breeding racist atmosphere for NAWBO is similar to what is happening at ESPN. NAWBO and ESPN are missing out on the “otherness” spoke about in the book Race Work & Leadership: New Perspectives on the Black Experience (Roberts, Mayo, Thomas) from the Harvard Business Reviews Press in a chapter on “When Black Leaders Leave; Costs and Consequences” authored by Kecia Thomas, Aspen J. Robinson, Laura Provolt, and B. Lindsay Brown. It reads, “When organizations are inclusive, Black leaders can enhance organizational effectiveness by using their unique    positionalities to offer novel      perspective, ideas, and analyses that enable institutions to better serve and lead diverse stakeholders. Black leaders can do this by using their “otherness” to disrupt and derail decision making based on historical priorities that may no longer serve the needs of the    modern organization, as well as to challenge ideas emerging from team-based group-think that too often pass as meritorious rather than simply affirming of the status quo.

Therefore, the loss of Black leadership talent lessens the diversity of perspectives required for the institutional competitiveness that is inherent in an increasingly diverse labor and consumer market.” Quinci LeGardye, CBM , contributed to this article.