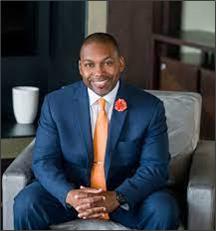 That’s all it took for him to get fed up and quit.

“I quickly learned that was not for me,” says the investment advisor.  “What I saw is that it’s designed for the wealthy to get wealthier. Wall Street doesn’t consider Main Street, because that’s not where the profits are. Really the profits were on Wall Street and how to make the corporations and CEOs and executives make more money and increase profits for shareholders.” Instead, the Fairfax, VA, resident decided to help people in his church and on the streets of his community save, grow and protect their hard-earned cash with World Financial Group.

“I decided to take matters into my own hands and make an impact where I can,” he says. He teaches financial literacy called Money Smart Ministry Mission class at First Mount Zion Baptist Church in Dumfries, VA. 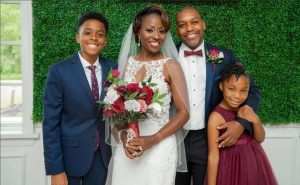 At the same time, Wright is also deputy director of mergers and acquisitions for the US Department of Defense assessing domestic and foreign transactions and their impact on national security and competition. Wright was raised by an Army Lieutenant Colonel dad and a school teacher mom who instilled in him God-fearing principles. “I just loved the Word. The Word to me was so amazing because it told me exactly what I needed to do and how to live my life,” he says. “When I started just seeing and reading the Word for myself and seeing how they lived out the word, I realized I wanted to be just like Jesus. I want to share the word with others.” Wright, 40, is married with two kids. His younger brother is a kindergarten teacher in Baltimore.

Taught a strong work ethic, Wright got a bachelor of science finance degree from Hampton University and an MBA from the University of Maryland Robert H. Smith School of Business.

He worked briefly for Lehman Brothers in 2002 but quickly became disenchanted and wished to help more the people who needed it most. He found his opportunity in a grass roots company that teaches the principles of wealth to the not-yet wealthy. Today, he is the head football coach at Aim High Youth Sports and is certified by the Black Executive Leadership Program issued by McKinsey & Company.

Michael Ashcraft is a financial professional in Los Angeles https://agents.worldfinancialgroup.com/michael-ashcraft