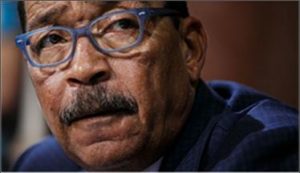 Local media outlets like the Los Angeles Sentinel gave front page coverage to the news that the City Council unanimously approved a motion by the Council President Nury Martinez for Herb Wesson appointment as the interim councilmember for the 10th District on Tuesday; however, on Thursday the action was blocked by Los Angeles Superior Court Judge Mary Strobel, who issued a temporary restraining order stopping the action.

Pastor William Smart, Southern Christian Leadership Conference (SCLC) of Southern California’s president said, “You know from the very beginning we thought that Mark had been done wrong and disrespected in the way they suspended him.” Pastor Smart was referring to the way Councilmember Mark Ridley-Thomas, who is facing federal charges, is being treated by the city council.

The dissatisfaction in the way Ridley-Thomas is being treated prompted the lawsuit filed on Feb. 18 by SCLC of Southern California.

Pastor Smart said, “We asked for two things in the lawsuit. One was that the judge would overturn the suspension. We didn’t get that but she did bring forth questions to the way that the city council handled Herb Wesson.”  “Number two,” he said, “we’re fighting because we didn’t want anyone in that seat because we felt that it was Mark’s and because he got elected by the people of the district and now the judge has extended it until March 17, 2022 giving them time to come back and prove why Herb Wesson was put in the seat.”

One source reported, “Wesson is too close for comfort with Martinez and staff member.”

When asked, “What they meant?” I was told to look it up.

After a little research, I found in a 2018 Hartford Courant article written by two Los Angeles Times writers David Zahniser and Richard Winton, that Los Angeles City Council President Herb Wesson’s son and wife reimbursed the city for $2,768 in security services provided at their wedding.

The article revealed that at taxpayer expense, LAPD assigned four officers and a sergeant to the wedding of Justin Wesson and Alexis Marin, a staffer for Councilwoman Nury Martinez and who is currently the sitting president of the council  and also the one who put forth the motion to appoint Wesson as  interim councilmember, a placeholder with pay, although he is retired and termed out.

The Daily News reported that Los Angeles Attorney John Sweeney, who is representing SCLC of Southern California said, “The action taken today by the Los Angeles City Council is not only disappointing and sloppy, but also it is a slap in the face to the African American community and our collective right to choose our elected representatives for ourselves.”

He continued, “At some point this week, the Los Angeles Superior Court will hear the lawsuit that was filed last Friday on behalf of the community, the Council’s action to ram through a decision to unlawfully appoint a retired councilman to ‘temporarily’ replace our duly elected representative is all the more galling.”

The action taken by the council led by a motion from Martinez to appoint Wesson is on pause until a preliminary injunction hearing is held on March 17.