In a statement, Deputy Juanita Navarro-Suarez said detectives responded at 3:16 p.m. to the 1200 block of West 109th Place, unincorporated Los Angeles, to investigate the shooting.

The department said on its Twitter account that, “During the contact, a fight ensued between the suspect and deputies.” The man produced a handgun and “a deputy-involved ‘hit’ shooting” occurred.

Sheriff’s Lt. Brandon Dean said late Monday that two deputies from the South Los Angeles station were driving when the saw a man riding his bicycle in violation of vehicle codes, according to the Los Angeles Times. It was not known which codes the man allegedly broke, Dean said. 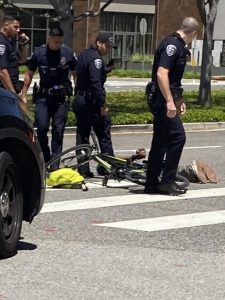 Photo by Israel Matthews
Black man on a bike handcuffed
facing hot cement on hot day in
Culver City, CA recently.
By Gloria Zuurveen
Editor-in-Chief
Another Black man in South Los Angeles has been killed by two L A County Sheriff deputies. The alleged crime is that he was on a bike and was being stopped for an unnamed bicycle violation.  After reading this, I looked up bicycle violation and they are listed below for the County of Los Angeles. This is only the county. There may be  additional violations for the city. Now, this is the first time for me as a journalist that I have even considered bicycle laws so hearing about such a harsh penalty that led to death and destruction of a human being like the Black man in South Los Angeles is a bit much and to see the racial makeup of the officers is questionable and the people are asking “Why?” Unlike driving schools and the purpose they serve to teach the techniques and law relating to driving a car, there are none to teach the community about laws relating to riding a bicycle in one’s neighborhood. These laws, I don’t believe, have not being widely publicized and taught to the public as they have been taught to the police. This is dangerous and the public is witnessing  the effect of these unknown laws regarding bicycle riding in the county of Los Angeles especially when it comes to the Black man on his bike, most of the time it is his only transportation, yet if driving while Black on a bicycle and a cop or policeman decide to look and see a Black man on a bike they can pull that Black man over for one of the violations listed below. The laws have given them the power to stop, harass, initiate unnecessary contact which appears to have been the case according to the ABC news report on PACE NEWS  website  regarding the Black man in on 109th Street in South L A. There will be many more potential victims of these new unknown laws, and especially, I believe unknown to Black people. It is almost a crime to ride a bicycle in Los Angeles County due the penal codes that most people don’t know exist. For instance, recently a Black man(as shown in the picture above) was also riding his bicycle in Culver City and when i saw what was happening to him, I told my grandson to take a picture with my cell phone because, for one, it was a hot day and the policemen, which appear to be nearly the same racial makeup of those in South Los Angeles but they were Culver City police officers instead of the Los Angeles Sheriff. They were four altogether and they were standing around looking down at him as if he was an animal all the time he was lying on the hot concrete pavement. It was cruel and again, he too was on a bike simply riding along and he was stopped and thrown to the ground.
As a county and city legally adjudicated newspaper of general circulation, the information below should be a crime of neglect because so many in the Black community do not know these laws are even on the book and yet they are paying with their tax dollars to be informed. The information below should have been in PACE NEWS or other Black owned newspaper such as those affiliated with the California Black Media (CBM) network of Black-owned media partners to keep the community informed. Keeping the Black community ignorant and vulnerable to the system due to a lack of knowledge is a form of Jim Crowism today. Yes, it is alive and well and laws like those below are creating incentives for action that is too often negative towards Black people so much so that it is leading to their deaths. Jim Crow knee on the neck pension seeking policemen are a danger to Black people’s survival and the same change Black people so diligently sought under Obama must be gotten with Biden. The change must be made in the form of education to prevent the Black people’s annihilation.
The Law, as applicable to bicycling
California Vehicle Code Bicycle Reference Summary:
County of Los Angeles Code:
Posted in Education, News 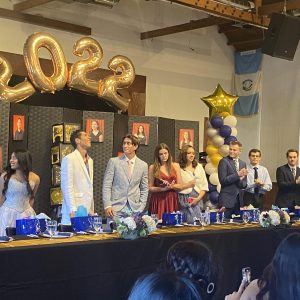