The most current information on unethical and ethical COVID-19 vaccine candidates can be found here. 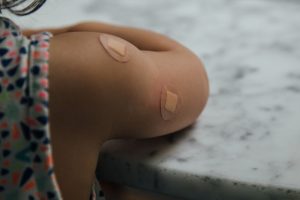 The national board of directors of the Personhood Alliance announced today its official position on vaccine ethics. This announcement comes at a critical time, as vaccine development and other treatments for COVID-19 race forward and as new laws make it more difficult to claim moral and religious exemptions for vaccines that are produced or tested using the remains of aborted human beings.

“The production and testing of vaccines using the remains of human beings who were intentionally killed is wholly unethical and must be consistently opposed,” says Sarah Quale, president of Personhood Alliance Education and chair of the vaccine ethics committee that created the organization’s official position. The committee consisted of representatives from eight different state affiliate organizations, both Catholic and evangelical, who worked for 2 months to recommend a position to the Personhood Alliance’s national board of directors. The board of directors unanimously approved the committee’s recommendation, which was also physician-reviewed.

“The Personhood Alliance affirms the inalienable right to life of pre-born human beings and thus, their right not to be trafficked, commodified, and experimented on,” says Quale. “Many vaccines are still produced and tested using the remains of aborted human beings, and new aborted fetal cell lines are currently in development to replace the lines used in the past. Most of the COVID-19 candidates were produced and/or tested unethically, including 6 out of 8 of those chosen for Operation Warp Speed—President Trump’s program to fast-track a COVID-19 vaccine. Unfortunately, even the COVID-19 antibody treatment the President received was tested using humanized mice, which were created with the kidney cells of an aborted child.”

“We need to be consistent in our opposition to these therapies,” says Quale, “And we need to stand up and demand that ethical alternatives be produced, tested, and brought to market by pharmaceutical companies and public officials.”

Les Riley, interim president of the Personhood Alliance, adds: “Even though some pharmaceutical companies are beginning to seek out ethical alternatives, we have a lot of work to do to in raising the red flag and helping people understand the importance of publicly opposing unethically derived and unethically tested therapies.”

“The pro-life movement should be in unity here,” says Riley, “Yet there are conflicting reports and varying opinions as to whether our principles should apply during a pandemic and with a leader who is regarded nationally as a champion for life. Beyond that, we need to also be vigilant in our own states, when bills are put forward that limit moral and religious exemptions, threaten our right to refuse unethical medical treatments, and violate our bodily integrity and parental rights.”

The Personhood Alliance’s official position on vaccine ethics can be found on its website here.

The Personhood Alliance is a confederation of 26 independent pro-life organizations who pursue personhood as the essential strategy for restoring legal protections to every human being—from biological beginning to natural death, without exception—and who endeavor to uphold the Biblical worldview in 21st-century politics and culture by honoring God’s design for life, marriage, family, sexuality, and gender.