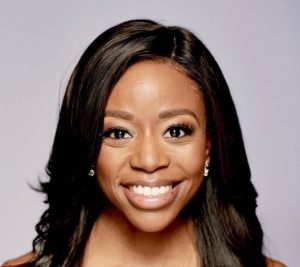 A Los Angeles native who grew up watching NBC4, she joins the station following a successful career at WPVI-TV in Philadelphia.  For more than 11 years, she has reported on wide-ranging and severe weather conditions in multiple climates.  In addition, her on-air versatility has expanded to include hosting special news programs and lifestyle shows.

“Melissa understands the uniqueness of our market and the many microclimates that impact our viewers,” said Renee Washington, Vice President of News of NBC4. “Her strong meteorological skills and upbeat personality will be an asset to our First Alert weather team.”

Magee started her career at KBAK-TV in Bakersfield and later joined KDUH-TV in Nebraska.  In 2006, she was a weather anchor at AccuWeather in Pennsylvania.

Magee is also passionate about giving back to the community where she lives and works.  For years, she has supported several nonprofit groups helping the underserved. She volunteers to coach and mentor young girls and remains active with several organizations in Orange County.  A graduate of UCLA, Magee holds a B.A. in English and has a certificate in Broadcast Meteorology from Mississippi State University.

NBC4 is the West Coast flagship station of the NBCUniversal Owned Television Stations, serving the vast region since 1949.  NBC4 produces 41 hours each week of local news and weather, and the station features the largest award-winning investigative unit in Southern California.  The station also produces “California Live,” a live weekday 30-minute lifestyle show featuring the latest in entertainment, travel and lifestyle trends across the Golden State.  NBC4’s news operation has received nearly every industry award bestowed on local news, including numerous Los Angeles Emmy and Golden Mike Awards, two national and two regional Edward R. Murrow Awards, and a Peabody Award.  NBC4 news is delivered across the main broadcast on channel 4, at www.nbcla.com, and through multiple interactive social media platforms 24/7.  The NBC Owned Television Stations, a division of NBCUniversal, also operates COZI TV (www.cozitv.com), a national network that brings viewers some of America’s most beloved and iconic television shows and movies.